14 replies to this topic

Stroll aims to make Racing Point ‘one of the greatest teams’


Lawrence Stroll wants to make Racing Point one of the best teams in Formula 1 in the long term, if the sport’s planned structural changes go ahead.

Liberty Media hopes to introduce a cost cap and change the revenue distribution model in F1 as part of the next set of bilateral agreements from 2021 onward. The thinking behind such changes is that they would make for a more level playing field and increase competitiveness, and Stroll — who led a consortium that took over the then Force India team last August — has ambitious targets should they happen.

“Short term, we want to stay fighting where we are,” Stroll told the official F1 website. “Medium term, we want to try and fight for third, instead of fourth. Long term, when all the rules, change, hopefully we will be one of the greatest teams in the paddock.”

Such success would make Racing Point a more valuable outfit, something Stroll says attracted him to the team in the first place given where he sees the sport heading.

“I never planned to buy an F1 team. The reason it interested myself and my consortium of investors was because this is a phenomenally special team. To be fourth in 2016 and 2017 — and last year I think they would have also been fourth without the interruption of the shareholding — in this unbelievably competitive environment speaks volumes about the staff working in this very special place.

“These guys have been spending less and performing better. I looked at it as a business opportunity, coupling that with spending time speaking to F1 to understand their vision from 2021, which is some sort of budget cap and some sort of a better revenue distribution to the smaller teams.

Racing Point’s ‘franchise’ began as Jordan in 1991. The team has since raced as Midland, Spyker and Force India under different owners. (Image by LAT archive)

“That makes great business sense for a company like this, as this is the model of direction closer to where the future will go. I’ve been around the sport for 30 years. There’s only 10 teams and if you look at the value of the franchise, whether it be NFL, UK rugby or football, the value of an asset like this, treated properly, cherished over time significantly appreciates. I think the same thing will happen here.”

Racing Point Force India finished the 2018 season in seventh in the constructors’ championship having lost all of its points from before the summer break when it entered administration. The combined total over the year would have been 111 points, good enough for fifth behind Renault on 122.


Racing Point has been confirmed by the FIA as the new identity of the team previously known as Force India.

RaceFans has learned from a source that the F1 Commission formally approved name changes last Thursday for two of the 10 teams on the grid for the 2019 season.

The first was Force India’s rebranding as Racing Point, which was indicated when the FIA published its 2019 entry list in December. Team principal Otmar Szafnauer previously indicated new name was a placeholder and that a final choice of identity would be revealed ahead of the new season.

A Racing Point spokesperson declined to comment when approached by RaceFans.

However RaceFans understands the team’s efforts to acquire an alternative name were not successful. These included approaches to individuals holding the rights to heritage F1 team names, one of which was Lola.

The Lola team competed in F1 sporadically from the sixties to the nineties. Its last entry into the championship ended ignominiously: the team collapsed after it failed to qualify for the season-opening round of 1997.

The F1 Commission approved Force India’s change of team and chassis name to Racing Point by a majority of 22 votes in favour versus two against following a four-day e-vote process.

The other name change, which was approved unanimously, will see the Sauber name disappear from the F1 entry list completely for the first time since 1992, before it entered the sport. The team has rebranded as Alfa Romeo, as it announced on Friday. 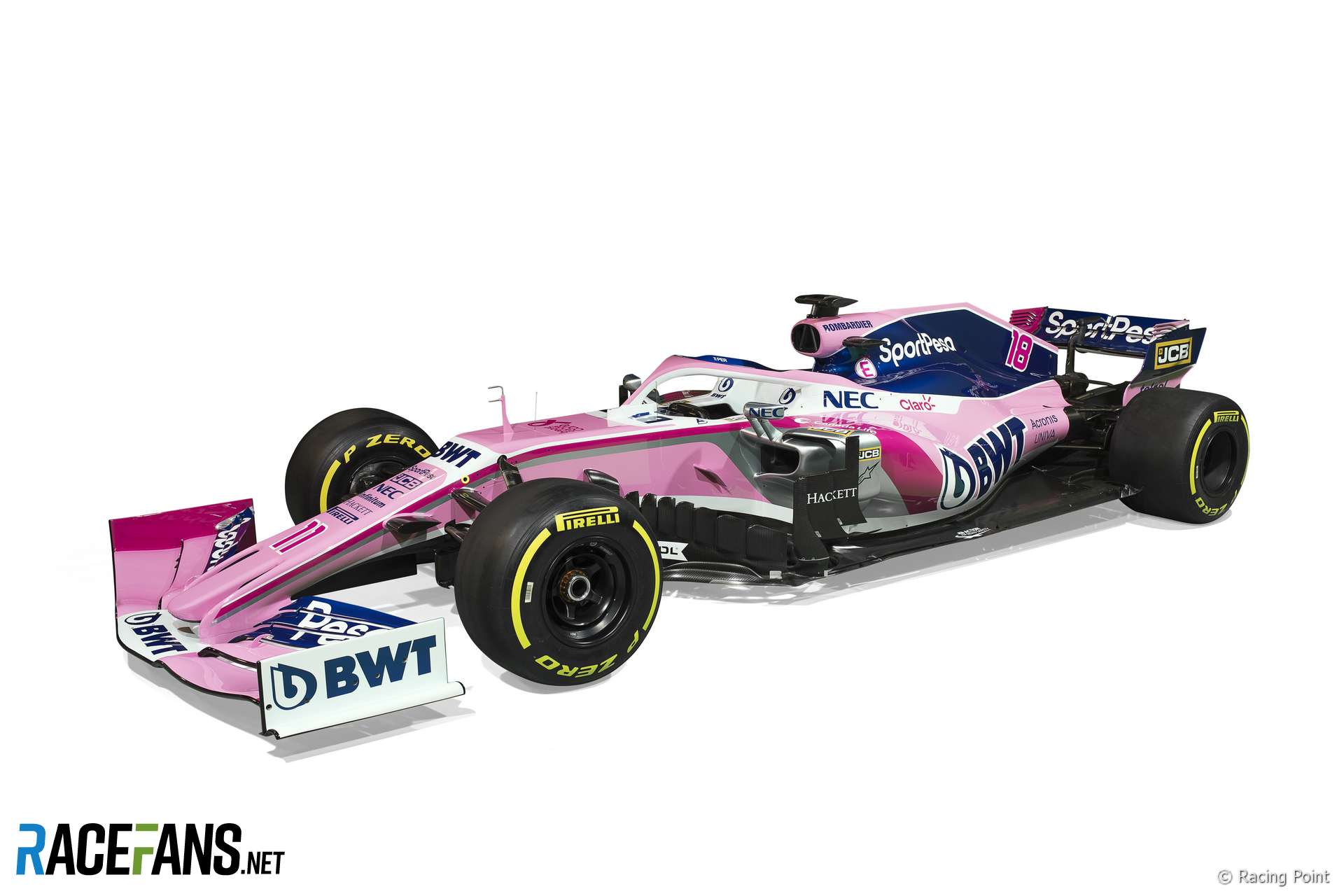 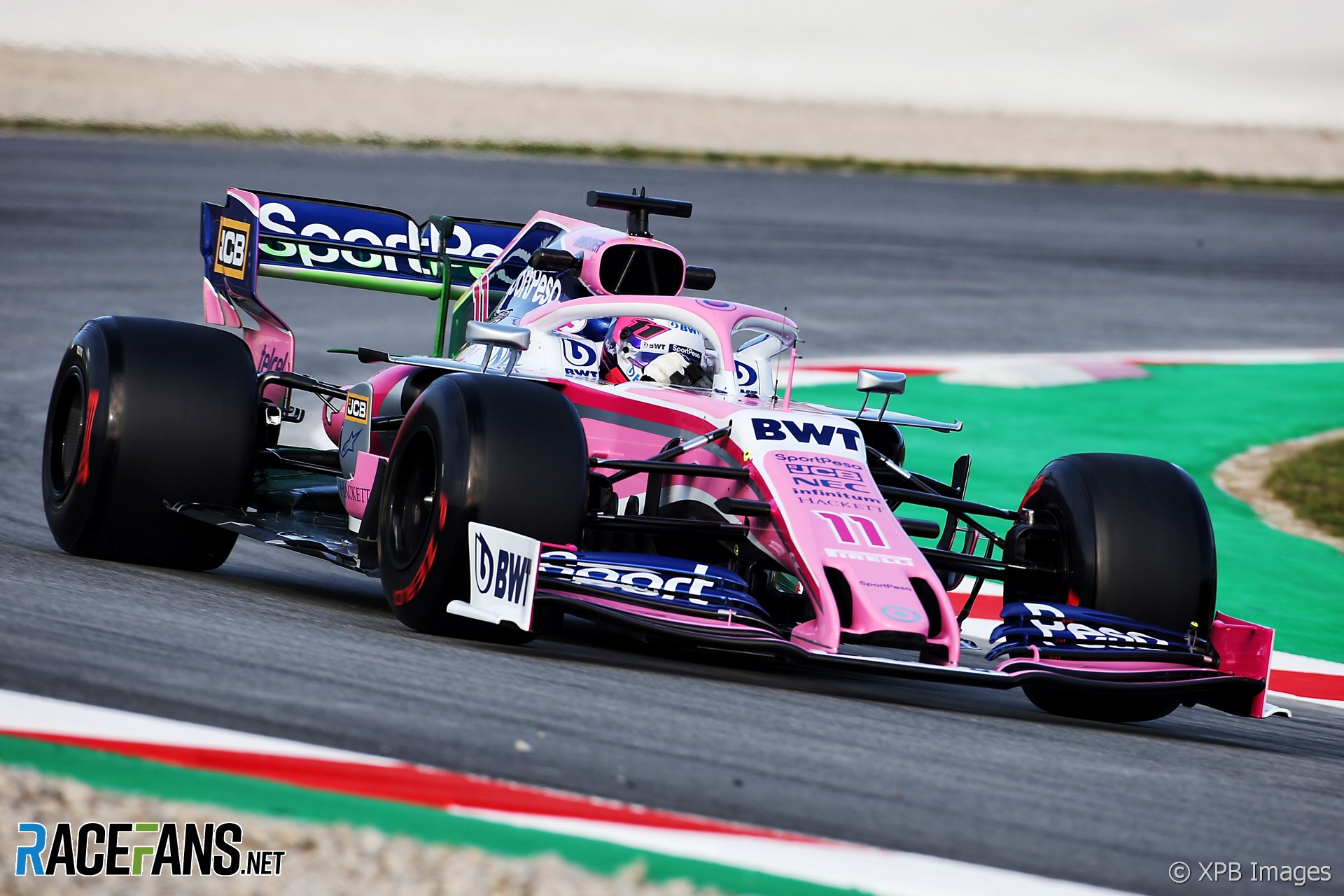 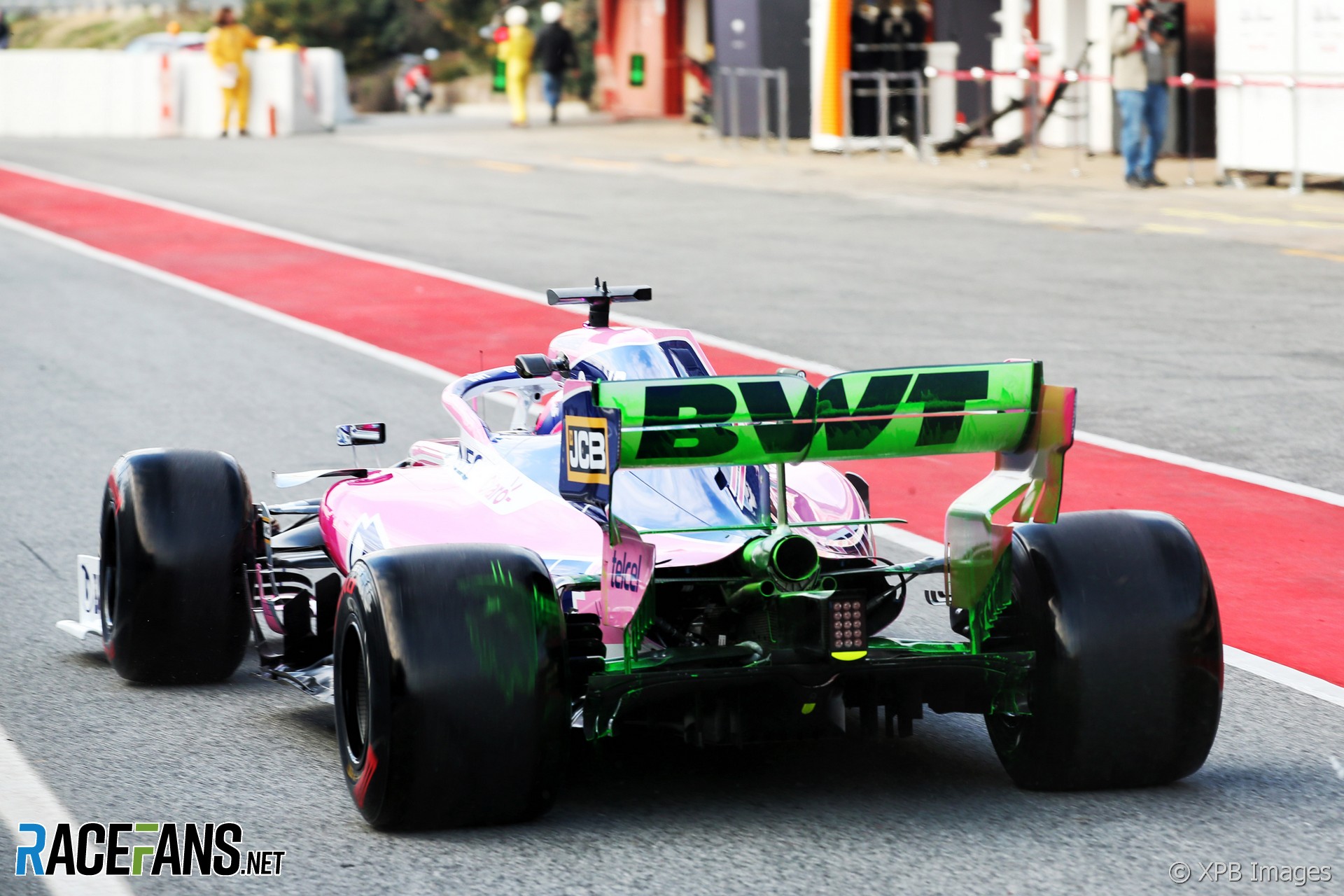 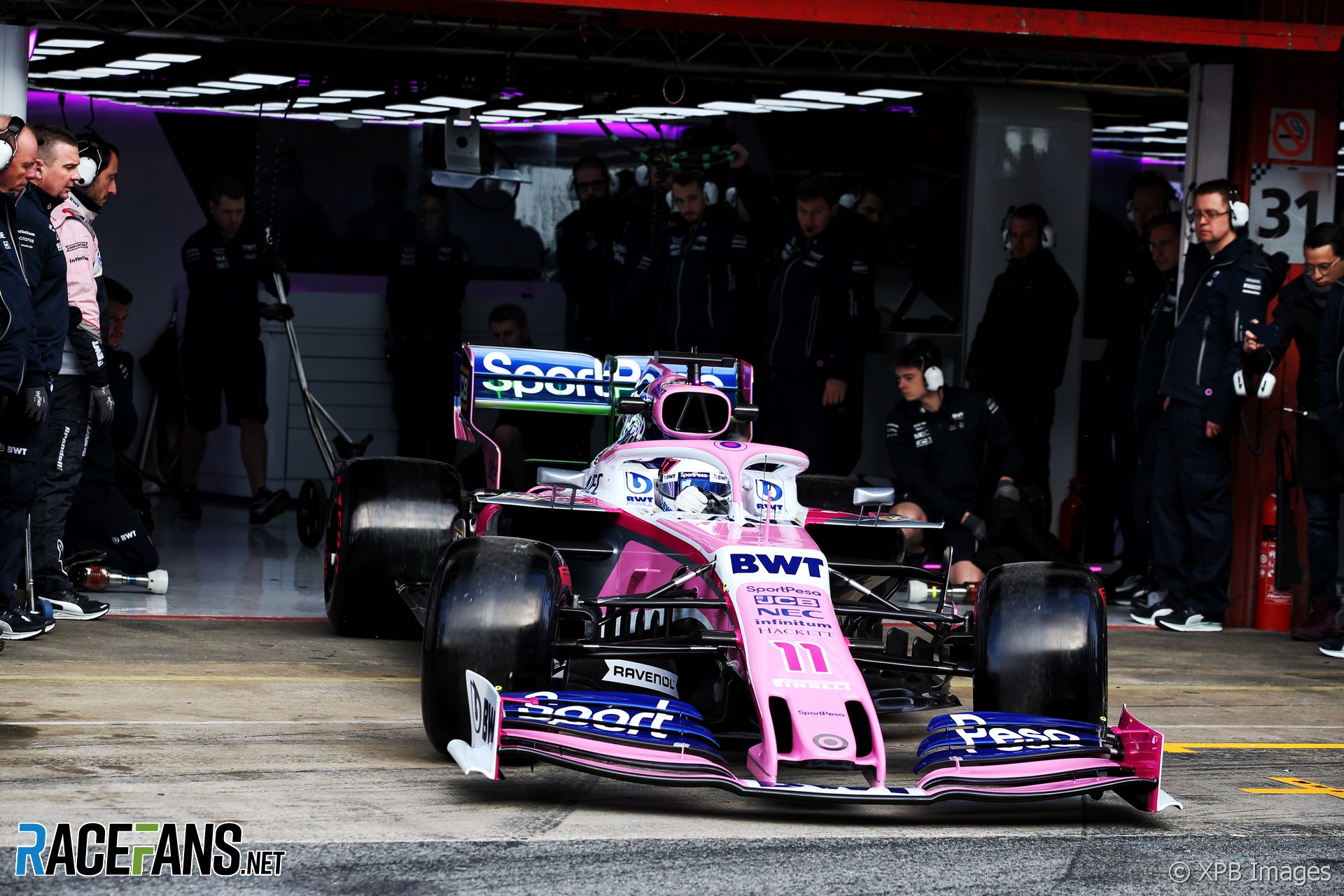 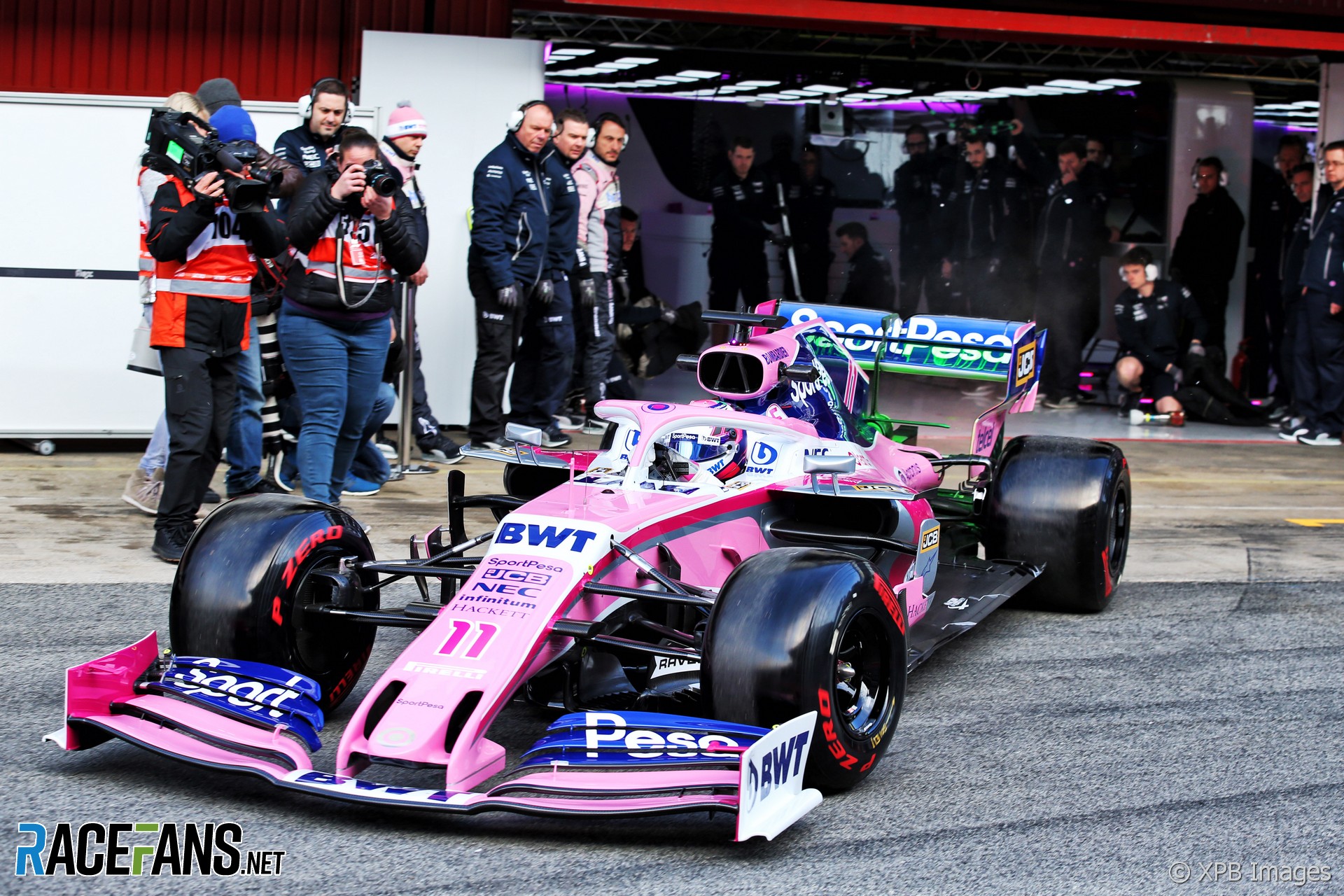 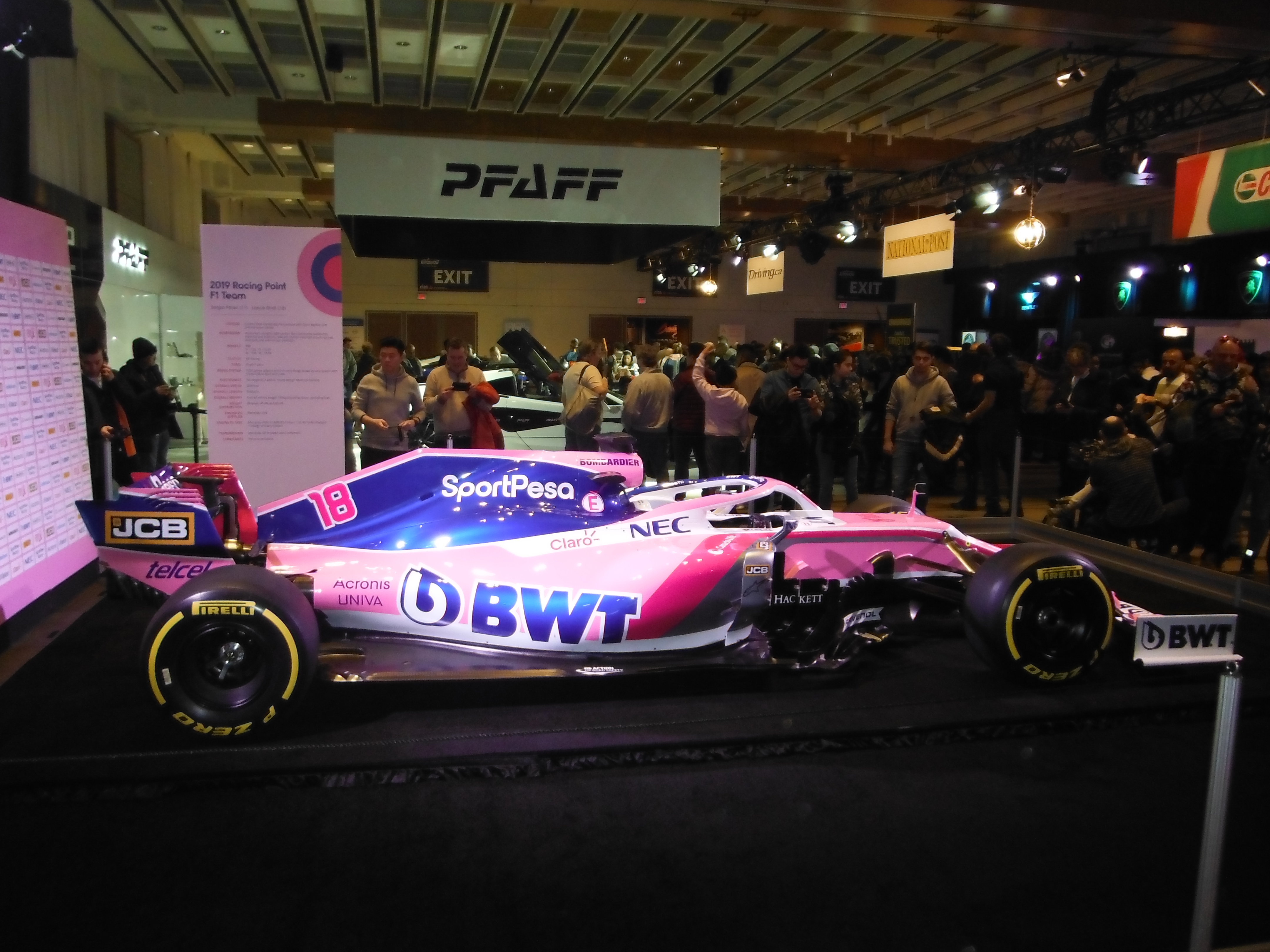 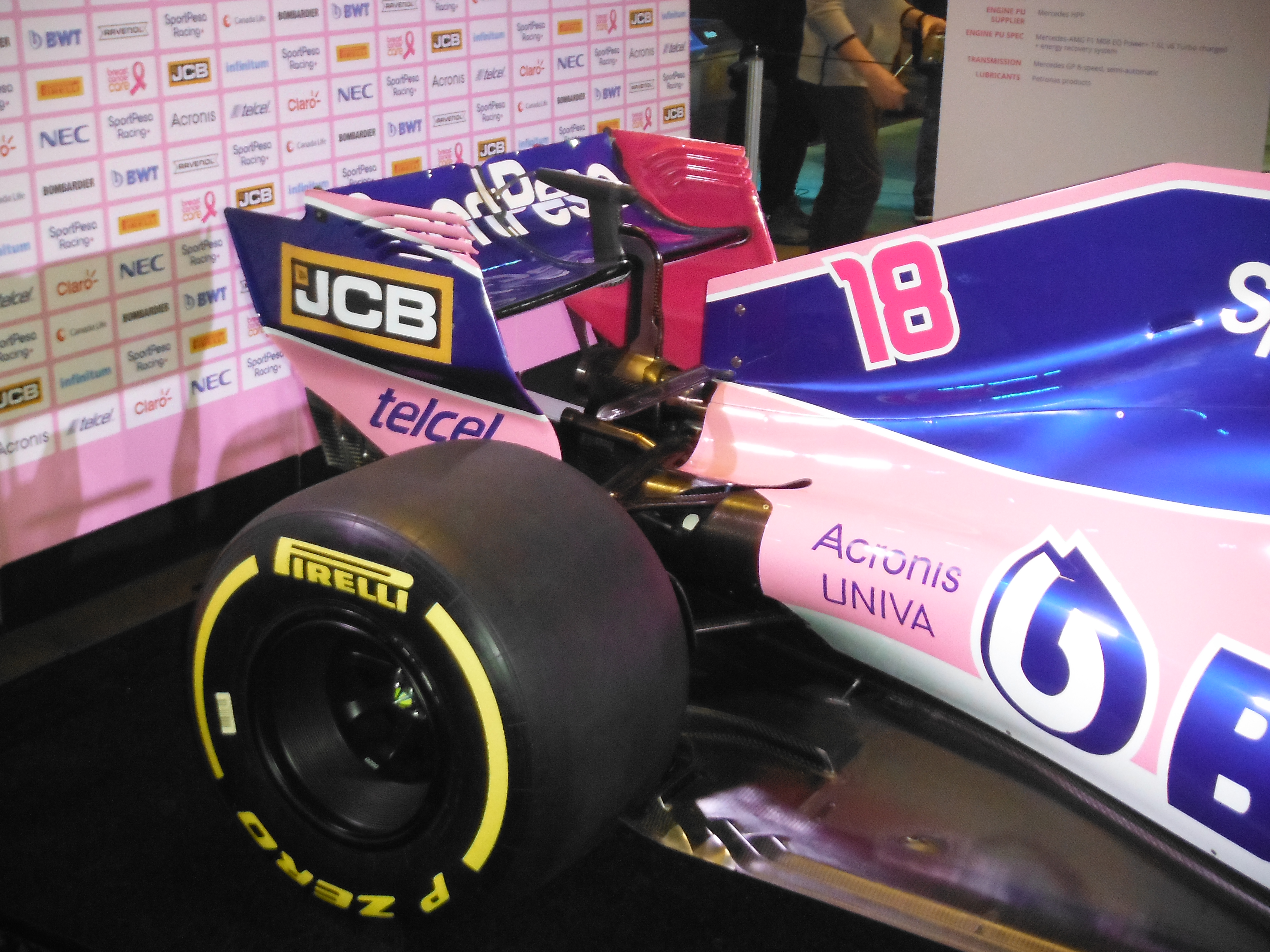 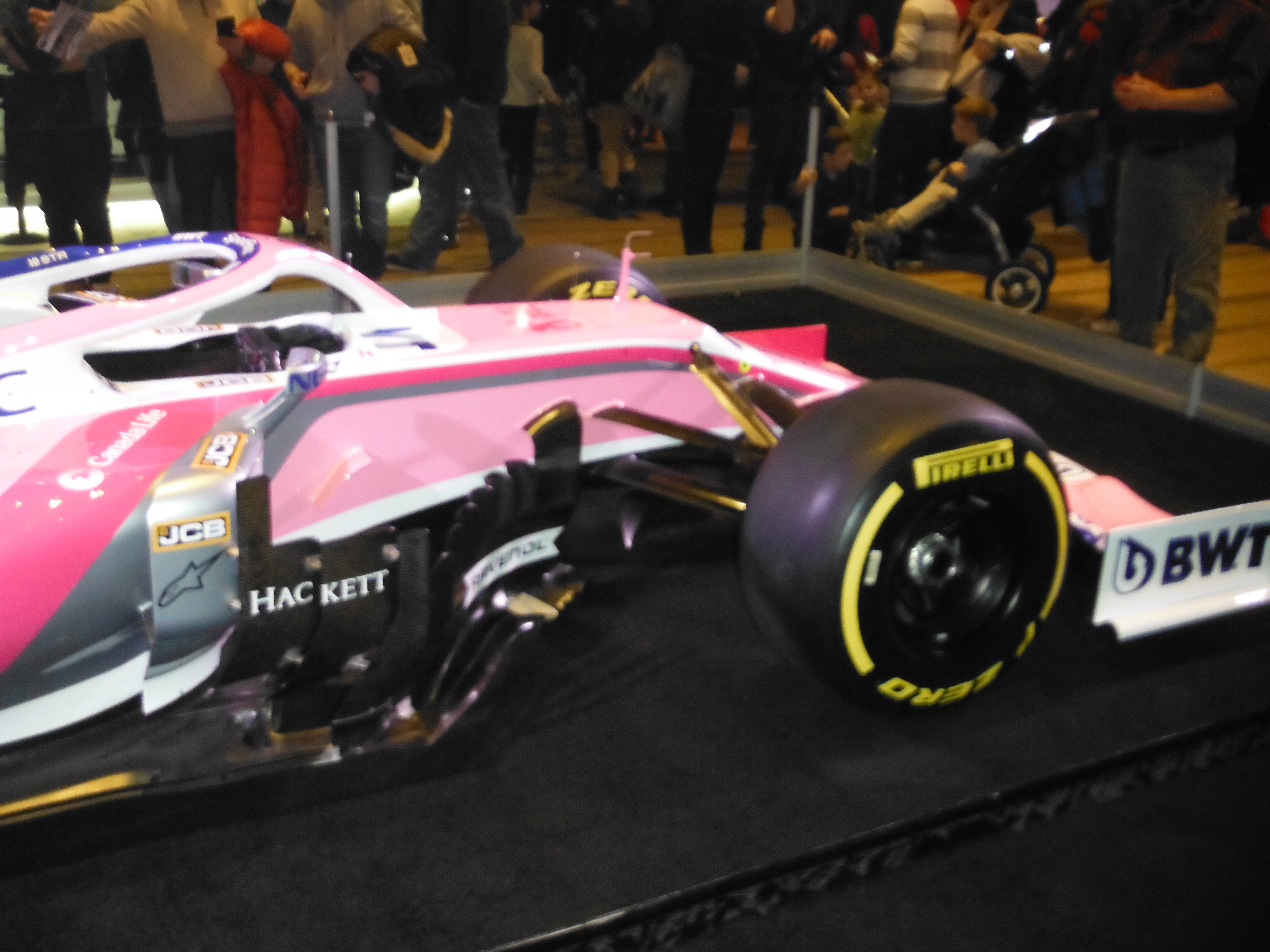 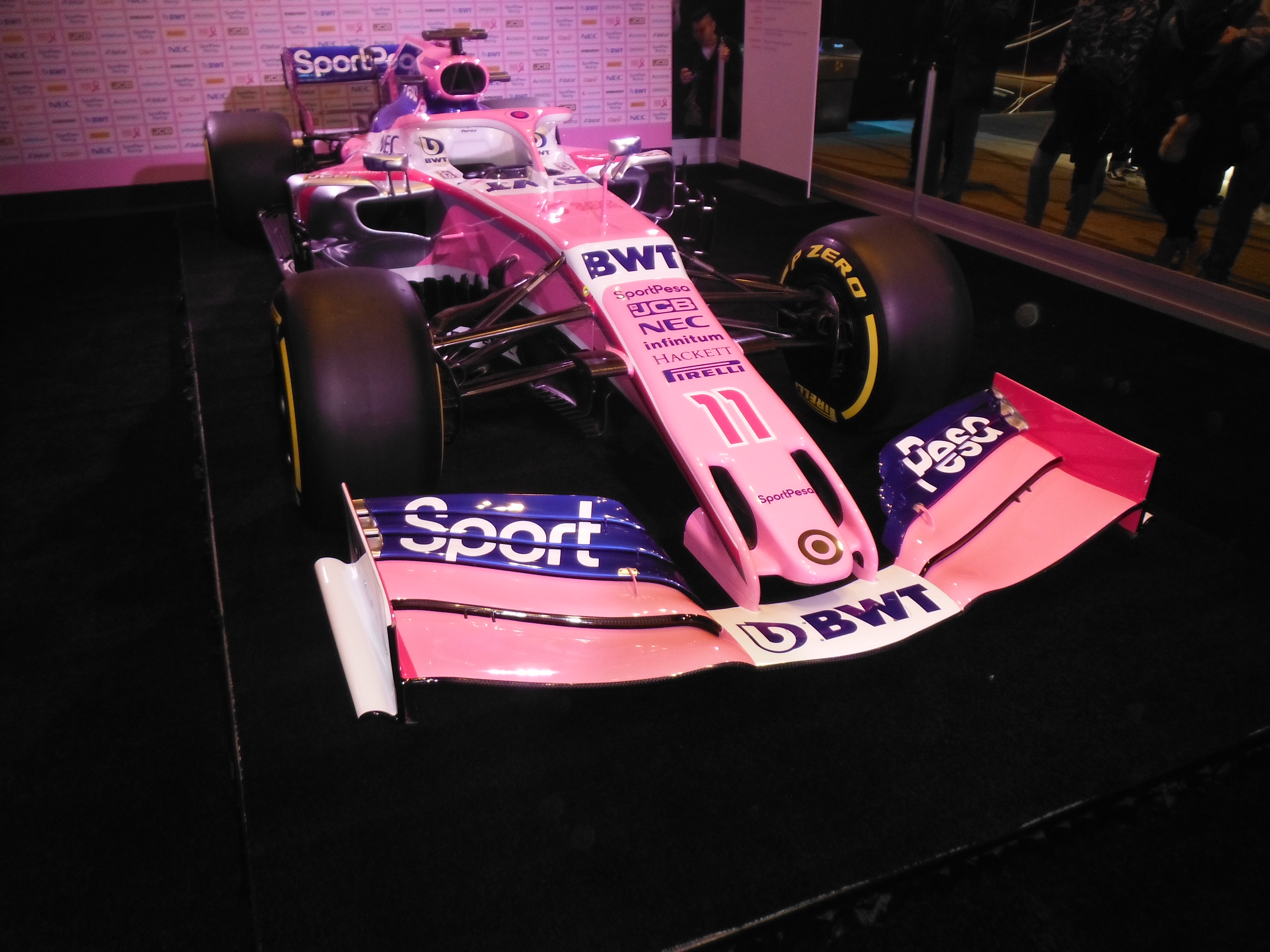 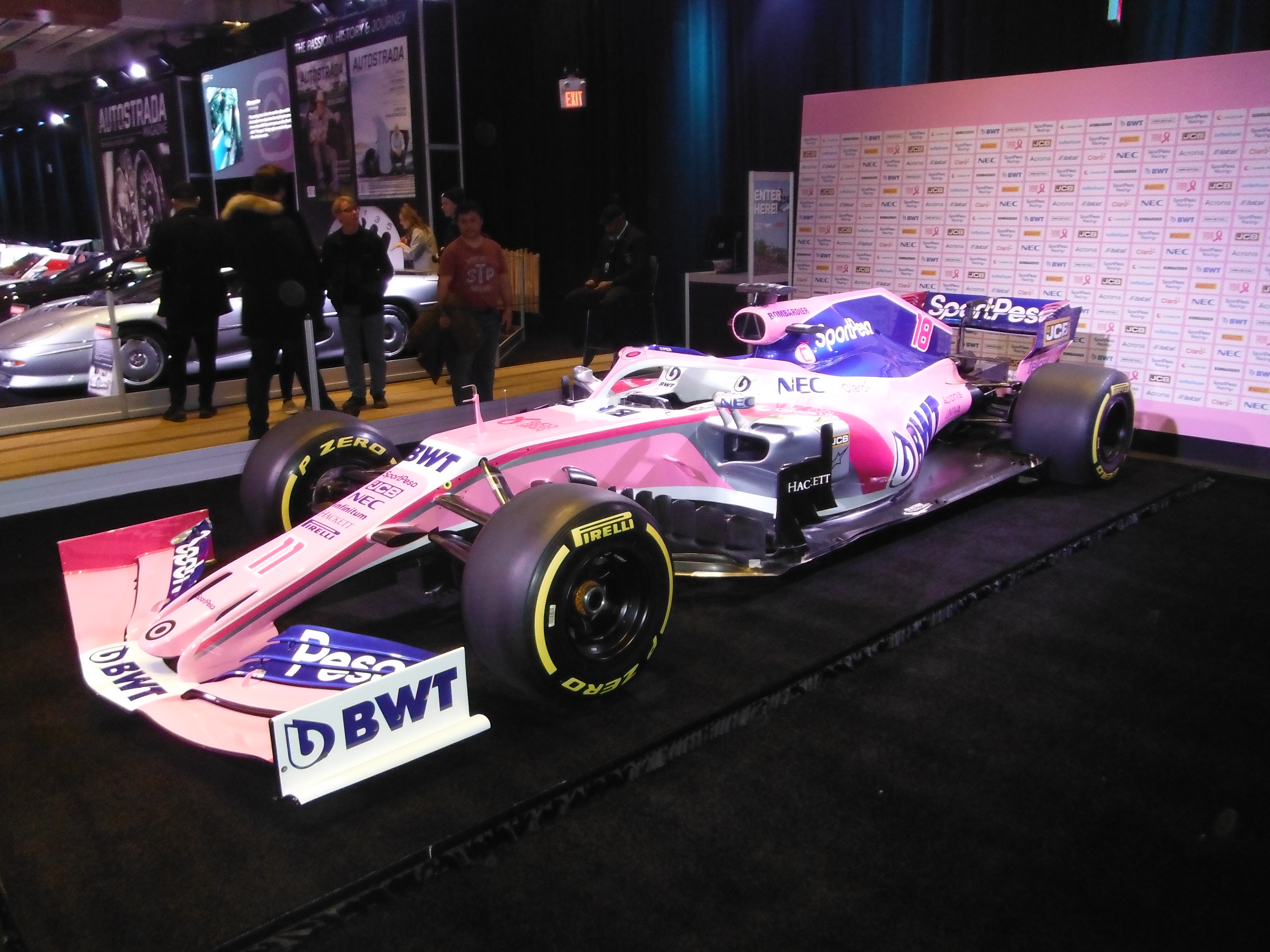 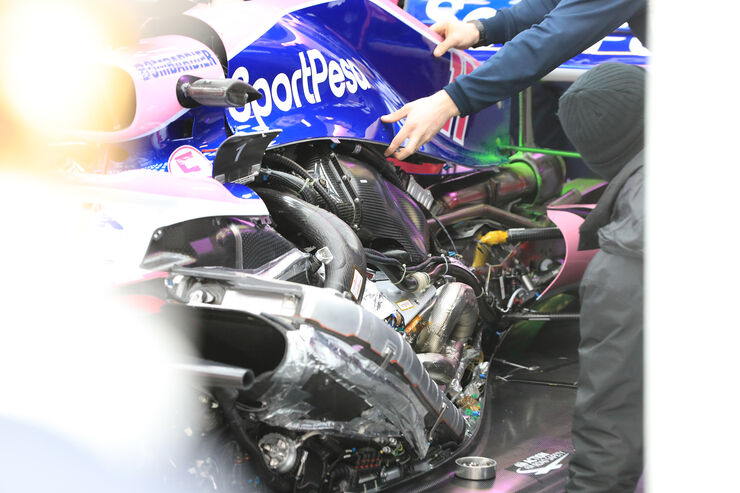 The updated entry list also lists Racing Point’s engines as ‘BWT Mercedes’ in reference to one of their sponsors.

Racing Point have unveiled plans for their new £25 million factory to be built at the team’s Silverstone site.

Planning permission for the site will be sought this month, with building set to begin later this year, with the plan being to have construction finished in time for the 2021 season.

Racing Point’s current factory is based opposite the gates to the Silverstone GP circuit. Built for the Jordan team who debuted in 1991, it has since housed the various successors of that team, including Midland, Spyker and Force India.

But, with employee numbers for the team now standing at 405 when Racing Point took over in August – a rise from 280 in 2009, the facility now falls short of the needs for a modern Formula 1 organisation.

“This is a new chapter, the dawn of a new era and there is huge energy from the shareholders to invest and help the team become a regular podium contender in the future,” Racing Point team principal Otmar Szafnauer told Motorsport.com.

“The team has never been more stable or in better hands and this project aims to attract and retain the best staff in Formula 1.”

Szafnauer confirmed to F1 Racing that the new facility will allow the team to expand their employee numbers further.

“Our new facility will be able to house the expansion we have planned of increasing staffing levels to around 600.

“We need everyone under one roof, we want to expand our manufacturing output, create a nice canteen, some office space, meeting rooms and a gym for our employees – everything we don’t have at the moment.

“But we don’t plan for it to be too opulent. We still need to retain our DNA and our racer’s ethos, so it will be purpose-built for performance.”