All teams have been asked whether they would be in favour of an extra testing day at Barcelona. One team rejected the proposal. So the schedule will stay as planned. 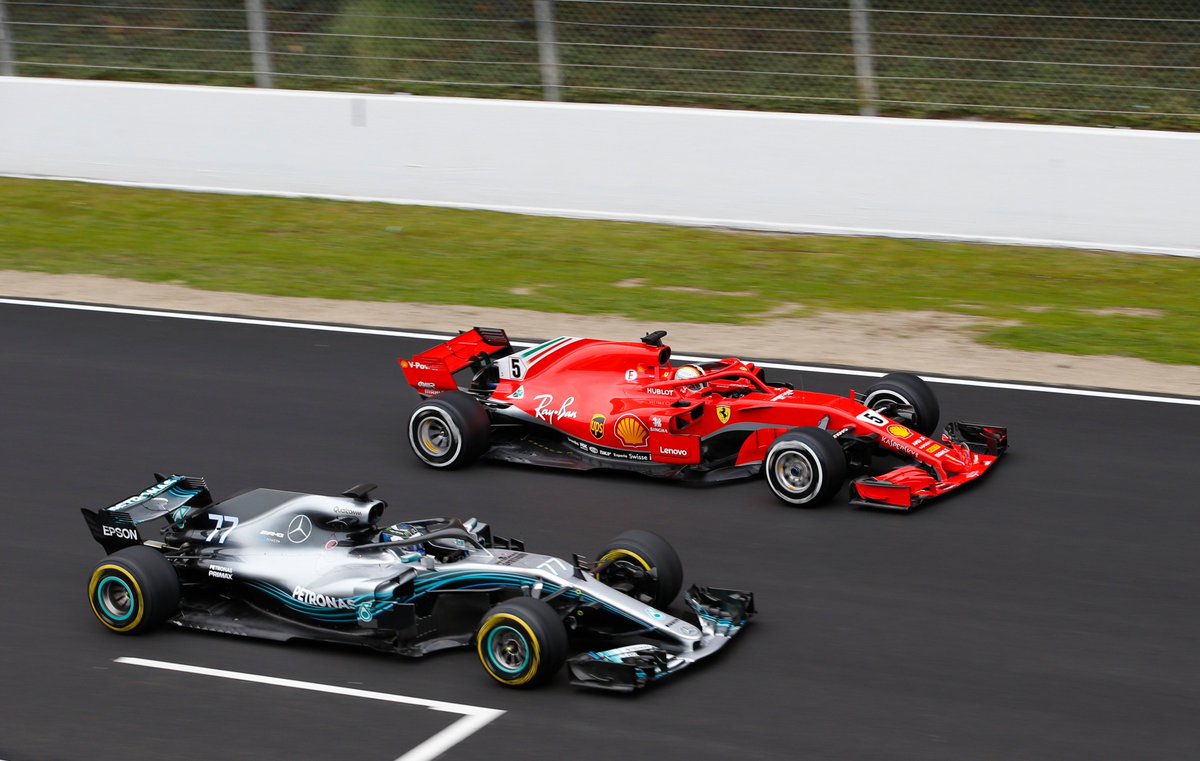 After overnight snow, running got underway in sub-zero temperatures in Spain, with track temperatures struggling to climb above 5 degrees Celsius (41 Fahrenheit) in the opening few hours of the day. The lunch break was canceled in order to allow teams more representative track time, with the sun breaking through and track temperatures peaking at 18/64.

However, running again slowed in the afternoon session as light snow started to fall on the circuit, with the track temperature again falling dramatically and no team reaching three figures in terms of lap count. The low temperatures make it extremely difficult to get the Pirelli tires into their working range, resulting in a severe lack of grip.

The middle portion of the day provided the best conditions and saw Vettel post the fastest time of the week so far with a 1m19.673s, using the soft tire compound to do so compared to Daniel Ricciardo running on mediums on Monday. Immediately after setting his best time, however, Vettel did have an off-track moment at Turn 2 that left gravel on the circuit, leading to a red flag to allow it to be cleared.

Valtteri Bottas was second quickest, ending the day 0.303s slower than Vettel after Mercedes changed its driver plans. Having originally intended on splitting running on every day of testing, the defending champions decided to keep Bottas in the car for the whole of Tuesday as a result of the compromised running during the morning.

The order on the timing screens made for encouraging reading for McLaren as Stoffel Vandoorne was third quickest on a 1m20.325s, but the lap tally was less positive as the Belgian only managed 37 laps. Having managed 32 laps by 1 p.m., the car was confined to the garage for the majority of the afternoon, failing to emerge after being seen on track with burn marks on its rear bodywork.

There was also trouble for Red Bull as Max Verstappen missed out on a chunk of track time due to a fuel leak that left him with a total of three laps to his name by the original cut-off point of 1 p.m. However, the Dutchman recovered some mileage in the afternoon and ended up reaching 67 laps, posting a time just 0.001s slower than Vandoorne, with the McLaren having used hypersofts for its fastest lap time compared to softs for Verstappen.

Renault followed a similar plan to Mercedes and opted against swapping drivers midway through running, with Carlos Sainz completing the full day and ending up fifth fastest, 1.5s off the overall pace.

Toro Rosso enjoyed another productive day as Pierre Gasly managed 82 laps in the Honda-powered STR13, one more than McLaren has completed across the first two days of testing so far. The Frenchman's best lap of 1m21.318s was 0.106s slower than Sainz and 1.6s adrift of Vettel's benchmark.

The Williams pair of Robert Kubica and Sergey Sirotkin were seventh and eighth, respectively, with the Pole just over 0.3s quicker than the man who beat him to a race seat this year. Having taken over around the time lunch would normally have been taken, Kubica got the better of the track conditions, completing 45 laps to go with the 52 managed by Sirotkin early on.

Sauber rookie Charles Leclerc had a productive day in terms of mileage as he completed 81 laps on his first appearance in the team's 2018 car, but last year's F2 champion had at least two off-track excursions, spinning off at Turn 4 during morning to cause a red flag in the bigger incident.

Kevin Magnussen propped up the timing screens – 0.006s behind Leclerc and just over three seconds off Vettel's pace – having struggled for track time throughout the day, completing only 34 laps in total. 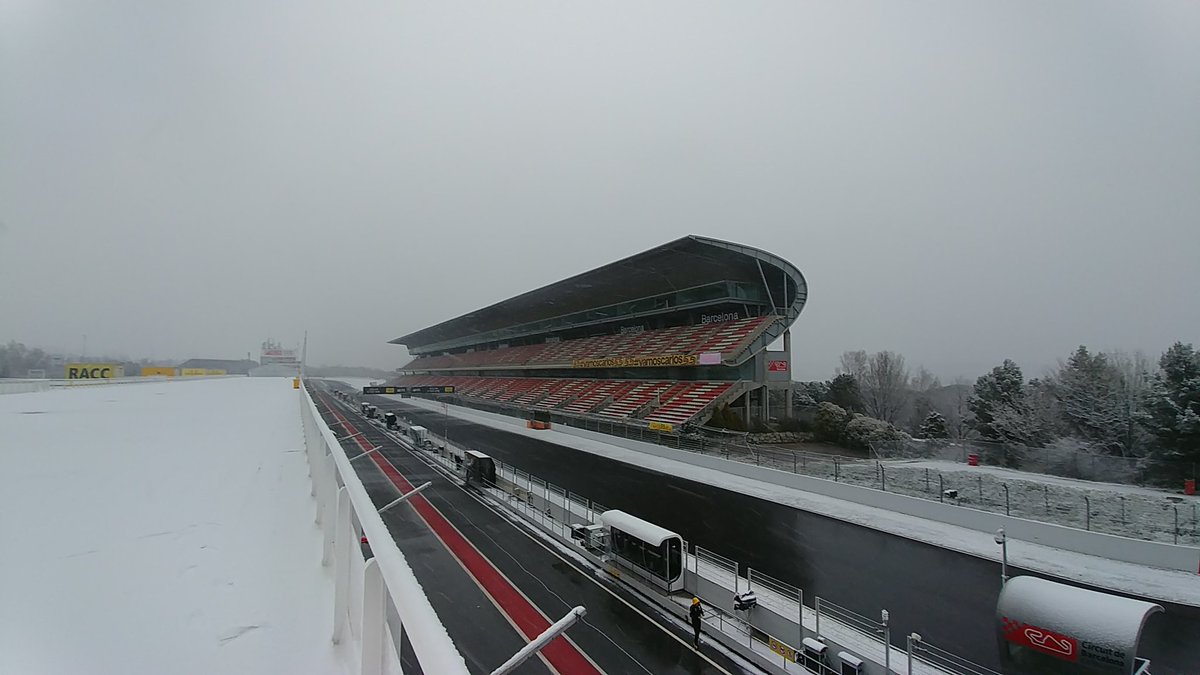