79 replies to this topic

Honda's management restructuring over the winter led to a change in the Japanese manufacturer's power unit development approach at the start of its partnership with Toro Rosso.

At the same time as switching teams from McLaren to Toro Rosso, Honda also opted to make changes to the top of the F1 project's management structure. Out went Yusuke Hasegawa – the former head of the F1 project – and new roles were created, with Toyoharu Tanabe becoming F1 technical director trackside and Yasuaki Asaki overseeing research and development at Sakura.

"Tanabe was in F1 during past eras of our challenge, and recently he was leading the IndyCar project, so naturally he has a lot of experience in trackside operations," Yamamoto told the Honda Racing website.

"His style of management is to go inside of the engineering room and collect the information and make decisions, rather than waiting for the information to be reported to him outside. Therefore he is able to show his leadership in very close cooperation both with Toro Rosso and our engineers.

"Asaki is a leader who has led some suffering projects at Honda to huge success in the past. He can always make the right decisions in terms of priorities – working out what is good and removing what is bad.

"In Sakura already, he starting by lining up all the ongoing developments in one place, and then made a decision about which one to focus on, abandoning the others. As a result, now we are putting more resources into one project which enables the development to proceed quicker."

Tanabe (pictured at right, above, with Toro Rosso team principal Franz Tost) says he will be more directly involved with the engineers trackside compared to Hasegawa, who had a greater spread of responsibilities.

"I'm more hands-on at the circuit," Tanabe said. "I think in order to improve the performance, the development team on the Sakura side need accurate and precise information from trackside. That's a priority. So we supply them with the information, they can react quickly and in a proper way to identify priorities.

"Some of the areas in F1 are the same as a long time ago, but then the engine has changed to a power unit, so many areas have been changed recently. As I am just starting, I have started to learn when I am here.

"We also joined Toro Rosso this year, which is new to us. Not just to me, but to all of us. So nobody could tell me 'this is the Toro Rosso way' and we needed to find out every day how to manage and organize the trackside operation."


Honda’s partnership with Red Bull Toro Rosso Honda began in very much the same way it ended with the McLaren F1 Team at the 2018 Australian Grand Prix. But Honda F1 Technical Director Toyoharu Tanabe ensures that his team will be working hard to find the cause of Pierre Gasly’s race-ending issue.

“It is disappointing that Pierre Gasly had to retire on lap 15 with an MGU-H problem,” said Tanabe.

“We now have to investigate the precise cause and then we have a few days of hard work to ensure we do not have a repeat of the problem at the next race.”

Honda and Toro Rosso did see one of their cars finish the season’s opening race, albeit Brendon Hartley finished the race last of the runners and one lap behind the leaders. Despite the team’s poor results in Australia, Tanabe remains positive that the team will perform better next time out.

“As for Brendon, after his early pit stop, because of a flat spotted tyre, he raced consistently, but with the difficulty of overtaking here he was unable to move up the order.

“It was a tough start to the season, however we have to move on from this and keep a positive frame of mind as we immediately start preparing for the second round of the championship.”

Honda will investigate the MGU-H issue it faced on Pierre Gasly's car in the Australian Grand Prix back at its headquarters in Sakura in an attempt to repair the component.

Gasly was trying to recover from an error in qualifying that left him 20th on the grid and had moved up four positions in the opening stages when he slowed exiting Turn 12 on just the 15th lap of the race. A puff of smoke was visible from the rear of the Toro Rosso as Gasly lost power, and it was later confirmed that an MGU-H problem was the cause of his retirement.

"We saw some unusual data on the telemetry which is related to the MGU-H," Honda's F1 technical director Toyoharu Tanabe told RACER. "So we stopped the car and now we will investigate the details of the data and also the part itself and think about what we can do for the next race.

"We're not sure if the part itself is badly damaged. We need to investigate to see if it can be used again."

Honda suffered a number of MGU-H issues during its time with McLaren but entered Sunday's race in optimistic mood after a strong pre-season, and Tanabe says there had been no problems faced prior to Gasly's retirement.

"During pre-season we had no trouble in that area, so this is the first time. So during the off-season we evaluated mileage for the three power units for this season. It wasn't perfect mileage because using three power units means more than 5000 kilometers. From the mileage we've accumulated we'd had no problem so far, which means we didn't expect trouble or any unusual data on the telemetry at the first race event."

With Brendon Hartley suffering a puncture that ruined his hopes of getting back into the midfield after a heavy lock-up on the first lap that forced him to pit, Tanabe says the way the race panned out limits how much Honda could evaluate its own power unit against its rivals.

"In Brendon's case it's a little bit of a difficult situation as well, but we are satisfied with the general performance level we could see from this race." 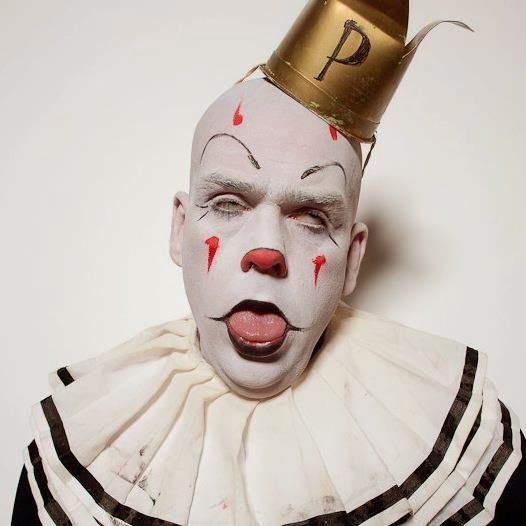 Still no info on the exact issue but there was no issue with the mgu h before the kerb impact, PU shut off (safe mode?)then restarted allowing Gasly to return to pits.

Hartley car had broken floor after hitting the kerb, resulting in puncture and loss of downfore.

Toro Rosso drivers Pierre Gasly and Brendon Hartley will use updated Honda turbocharger and MGU-H components in the Bahrain Grand Prix after Gasly's engine failure in the Formula 1 season opener.

Toro Rosso's partnership with Honda began well, with strong reliability in testing but its competitive debut in the Australian Grand Prix was hit by an early engine-induced retirement.

Toyoharu Tanabe, technical director of Honda's F1 project, explained that the internal combustion engine on Gasly's car had been damaged by a problem with the turbo and MGU-H.

Honda has modified the turbo and MGU-H ahead of this weekend's race in Bahrain to avoid a repeat, and will fit those parts to Gasly's car and his teammate Hartley's as a precaution.

Gasly also needs a new ICE after the damage incurred in Australia.

This season F1 drivers are limited to no more than three ICE, MGU-H and turbo components and will incur a grid penalty for using any more fresh elements.

That means if Honda cannot salvage the previous components, Gasly only has one more free change of the ICE, turbo and MGU-H over the remaining 20 grand prix weekends.

Hartley is in the same position if he needs to replace the MGU-H and turbo, but still has the ICE used in Australia.

"Replacing components for the second race is obviously a difficult decision and not ideal, given that the number of power units and ancillary components is now limited to just three per season," said Tanabe.

"However, we believe this is the right way forward and we will continue our development in order to ensure the same issue does not reoccur.

"Although Sakhir is a tough track for the power unit, we hope to move on from this difficult moment, as we focus on this race and those that follow."

Neither driver's engine has a change of energy store, control electronics or MGU-K, so both can still change each of those components once without triggering a grid drop.