BP Castrol started work with Renault last year, replacing Total as the team's fuel and oil supplier. The new deal came after a meeting between Renault Chairman and CEO Carlos Ghosn and BP Group Chief Executive Bob Dudley and will see the relationship extend beyond a supply contract in Formula One. 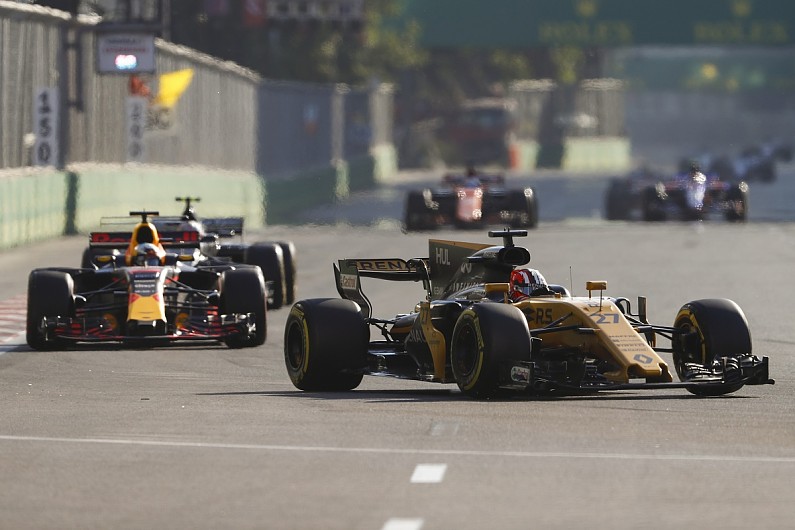 Renault expects its chassis' performance deficit is too "substantial" to beat its Formula 1 customer teams Red Bull and McLaren this season, but wants to match them by 2019.

The French manufacturer improved from ninth to sixth in the F1 constructors' championship in 2017, and its best results were five top-six finishes.

It finished more than 300 points behind Red Bull, which won three races and scored 13 podiums.

The Renault chassis improved dramatically through the season, ending it as the fourth quickest, but Red Bull's performance exposed a substantial remaining deficit and McLaren is also expected to leapfrog Renault in 2018 after ditching Honda.

Renault F1 boss Cyril Abiteboul expects his customer teams to be ahead this season, but wants the gap closed during the campaign and obliterated for the next.

"We know we have a substantial deficit to Red Bull in terms of chassis - in terms of aerodynamics and mechanical platform," Abiteboul told Autosport.

"McLaren is a bit more of an unknown for us, because they had a different chassis and a different engine, different drivers, so it's very difficult to compare. It will be an interesting benchmark.

"I think in terms of overall capacities, in the course of this year we should be able to match them.

"We are still a work in progress, we are still growing up and still in the process of building our own team.

"I think it's not before 2019 that we can be in a position to fully match them, even if I would like to see a very small gap between us and them in the process this year."

When asked whether that meant Renault was aiming for a minimum of fifth place in the 2018 championship, Abiteboul replied: "We will confirm our sporting target when we present our car, but clearly it has to be in that direction."

The Renault Board of Directors has proposed renewing Carlos Ghosn’s position as director of the company. The board said that Ghosn should focus on his “Drive the Future” programme, which ends in 2022, ensure that the current alliance is irreversible and strenghten the succession plans for the company. The recommendation will be submitted to the shareholders on June 15, 2018. Ghosn (63) has run Renault 2009. He will remain as chairman and CEO of Renault, and chairman and CEO of the Alliance. Thierry Bolloré (54) has been appointed Chief Operating Officer with immediate effect.

Nico Hulkenberg says he accepts Renault might need another two to three years to match Mercedes in Formula 1.

Renault is about to begin its third year back in F1 as a full factory operation, having reacquired what was previously the Lotus team and committed major investment to improving its facilities.

"It is a very time-consuming thing to get a team to the level that Red Bull and Mercedes are," Hulkenberg told Motorsport.com.

"The investment they make now in building and modernising the factory, the benefit we will get only in two/three years' time - not until everything is up and running and we understand it.

"There is always such a long lead-up time. They have all been through the same. Look at Mercedes, how many years they were OK but not where they are now. Red Bull, the same.

"It takes a couple of years to get on top of these things because this is such a complicated sport and then the rules keep changing so constantly the game is changing.

"You need to adapt all the time and you need new people with new ideas, and more people."

Renault won the 2005 and '06 championships with its previous works programme, but the team suffered from underinvestment in the period when it was owned by the Genii organisation.

"I don't know if I would call it a radical shift, but you see with your bare eye that a lot of things are moving or being worked on constantly," said Hulkenberg of the progress at Renault's base.

"You have to understand where the team has come from, and when Renault decided to buy the team back and make it a factory team again, it was in a very bad state.

"It takes time to build it back up, even though we would like to make it in two weeks, it doesn't happen."

Renault ended 2017 sixth in the constructors' championship, overhauling Toro Rosso and Haas in the second half of the campaign.

"The Silverstone upgrade was the game changer during our season," Hulkenberg said.

"It really made us up from not really being points material, to being a regular points contender. We were top 10 material in the second half.

"But on the not so sunny side, there were a lot of missed opportunities due to many problems that we had and faced, but related back to where the team was coming from.

"We need to get on top of these things. I would rather have it now and come with a much more competitive overall better package for 2018 and the year beyond and smash it properly it then, than have these things in intervals." 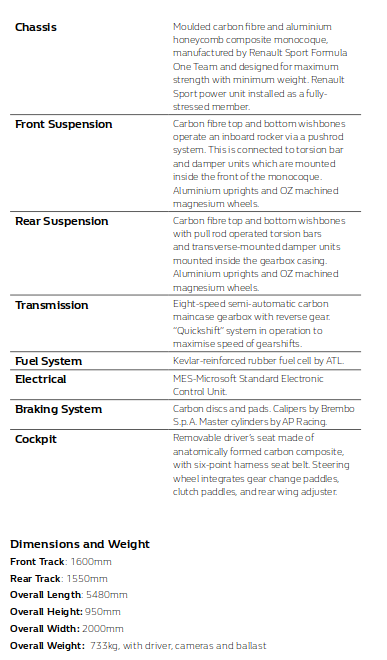 Heading into the team's third year, technical directors Nick Chester (chassis) and Remi Taffin (engine), talk about the changes and upgrades whilst looking ahead to the new season.

"There's been a lot of improvement at Enstone," says Chester, who first began work at Enstone in 2000 following six years with Arrows. "We have upgraded machinery, computers and infrastructure.

"Entire departments have moved into new locations and the Enstone you see at the start of 2018 is very different from the Enstone of two years ago," he adds. "With better facilities and new equipment comes improved working practices and ultimately better output. Even things like a new canteen make a difference. Enstone has a good vibe, the new recruits have integrated really well and the open team spirit persists."

"It's great to see the new facilities at Enstone," adds Taffin, who joined Renault in 1999. "Anyone from Viry going to Enstone is impressed and is happy to see Renault taking it seriously. All the spending is for the same, collective aim: to win. It's a clear sign and shows us that Enstone and Viry as a team are sharing the same resources and making good decisions. Here at Viry too we have some stuff in the pipeline.

"Viry has a long-term plan and we will start to see more significant changes too," he reveals. "In the first instance Viry has been more about details and specific upgrades. That said, Viry is made of three parts that are respectively twenty, thirty and forty years old and we need to ensure a productive and pleasant work place for our staff. We are going through a process of upgrades and a new building will come into use in 2019 to ensure our facilities are at the Formula 1 latest standards.

"We want to enter a new era and make sure we are in line with the expected level. Formula 1 as a sport will continue to evolve and we have to match this."