Max Verstappen could be further punished by the FIA for bringing the sport into disrepute following his post-race comments at the United States Grand Prix.

The Dutchman was given a five-second timed penalty for exceeding track limits when overtaking Kimi Raikkonen on the final lap, pinching the final podium spot.

However, Verstappen was escorted away from the podium after learning his fate and was heavily critical of the FIA soon after.

He accused the sport's governing body of "killing the sport" and wanted fans to boycott next year's race at the Circuit of The Americas in protest.

He also singled out the steward thought to be behind the decision, Australian Garry Connelly.

He said: "He's an idiot who always decides against me."

It is that comment in particular which could see Verstappen in more trouble. In addition to his timed penalty, one penalty point was also added to his licence for the illegal overtake.

Romain Grosjean was told to “shut up” by his Haas team after urging them to retire his car in the closing stages of the United States Grand Prix.

Grosjean, who ran a 39-lap stint to the chequered flag, was struggling with a badly worn front-left tyre in the closing stages of the race. He warned the team “there is no more rubber” but was kept out until the end.

In the final laps the following exchange was heard between Grosjean and two different Haas team members:

To Romain Grosjean:
Shut up.

From Romain Grosjean:
You’re not paying your life here. The tyre is completely gone.

To Romain Grosjean:
OK dude so we’ll box to retire the car, retire the car. Box now. It’s the last lap anyway, man, but just bring it in easy.

From Romain Grosjean:
I can go the chequered flag if you want, but…

After the race Grosjean said he’d been suffering “massive tyre degradation on my front-left”.

“I was trying to hang in there, but the last few laps I felt it was pretty dangerous,” he explained. “Off track the weekend’s been great with the fans. I’m very sorry we couldn’t put on a better show from the team.”

in reference to his not-infrequent radio complaints.

Max Verstappen says he will not apologise for calling an F1 steward an "idiot" after the US grand prix.

Just before walking onto the podium in Austin, the Dutchman was told a penalty for his last-lap move on Kimi Raikkonen had cost him third place.

Verstappen, his father Jos and Red Bull reacted with fury.

The 20-year-old driver even called one of the stewards - named by Dutch media as Australian Garry Connelly - a "mongool".

It translates to "mongol", and the insult upset a Down Syndrome group.

"It was said in the heat of the moment and of course I did not mean to hurt anyone," Verstappen told Ziggo Sport Totaal on Monday when told about the reaction to his 'mongol' comment.

But to English-language reporters, Verstappen also called the steward an "idiot", and contrary to reports elsewhere, he is refusing to retract that insult.

"I had a super race and that is now the dominant feeling. But I called the steward an idiot and I will not take it back."

That is despite the fact it is believed the FIA is looking into whether the insult has brought the sport into disrepute.

But Verstappen says it is his responsibility to criticise where he sees fit.

"It was just unfair, and myself or Red Bull cannot even appeal," he said. "That is ridiculous and it has to change. 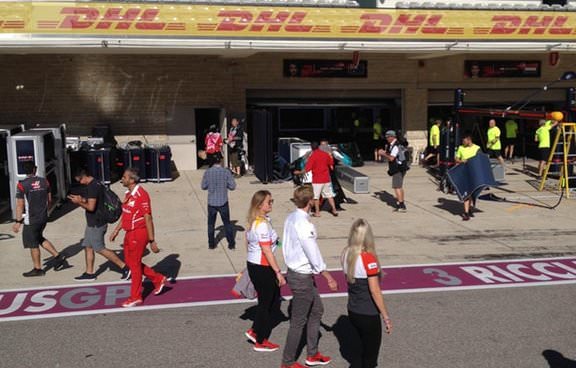 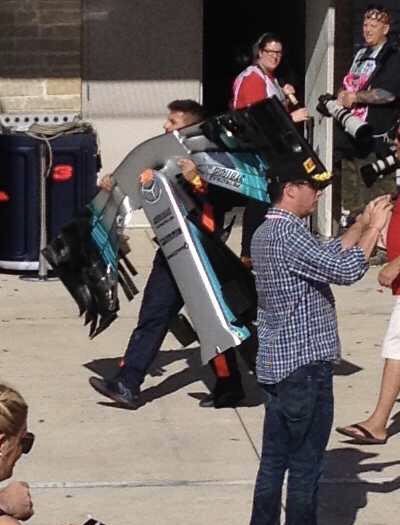 Although Australian Garry Connelly received the brunt of the blame, Salo was also on the stewards panel that decided Verstappen's last-lap pass on Kimi Raikkonen was illegal.

"The punishment was technically correct, but hard," he said.

"In a thousandth of a second you make a decision, so I can understand Max's side," the German told Sport1. "It was just an unfortunate situation."

Unfortunate perhaps, but that hasn't stopped some of Max's fans from releasing their fury.

Austin steward Salo is quoted by De Telegraaf newspaper: "I have received several death threats, especially from the Netherlands.

"That should never be tolerated."

F1 boss Brawn says the important thing is that the sport learns from the controversy.

"Once the dust settles, we need to look at this together with the FIA and the teams," he said.

"Technology is becoming better and better in helping regulators across sports, including the Bundesliga or Serie A in Italy," Brawn explained.

"In formula one, we have everything we need for excellent video technology. We then need to find ways to translate that technology into precise and consistent judgements."

Angered by the controversial penalty that cost him his podium finish in the Austin F1 race, Verstappen blamed one steward in particular for the decision, dubbing him an "idiot" and a "mongol" in post-race interviews.

Last year Sebastian Vettel sent formal letters of apology to both Whiting and the FIA after telling Whiting to "fuck off" in a radio message during the 2016 Mexican Grand Prix.

Asked about Verstappen's choice of language, Whiting replied: "I would prefer not to comment on that for the moment.

"Seb, for his little outburst last year, did apologise profusely.

"I haven't heard any such apology just yet from Max but it would be nice if he did."

Though Verstappen later said his remarks at Austin were not aimed at anyone in particular, the context of the interview indicated that Connelly was the official he was upset with.

Verstappen had also lost a podium to a post-race penalty at Mexico City last season.

Connelly had been a steward there as well, a fact both Verstappen and Red Bull team principal Christian Horner pointed out in the aftermath of the United States GP.

Asked to respond to allegations that Connelly was biased against Verstappen, Whiting said: "The statistics I have seen don't paint the correct picture. It is just coincidence that Garry happened to be there.

"You cannot tie the two together. I know Garry well well and a more honest and scrupulous person you could not ever come across.

"Any sort of idea that he may have it in for a driver is wholly unfounded."

Whiting added that F1 goes to "considerable lengths" to ensure penalties are applied consistently by the championship's rotating cast of stewards.

"We have a set of guidelines, for the stewards, and they have all the events, whether the event occurs in FP1, quali or race, what the penalty should be," he said.

"The guidelines are there to help stewards be consistent. It will tell you exactly how many points should be awarded if you do this. A reprimand for this and no [penalty] points, for example.

"So we go to quite considerable lengths to make sure decisions are made consistently.

"There is this difference between reality and perceived reality."