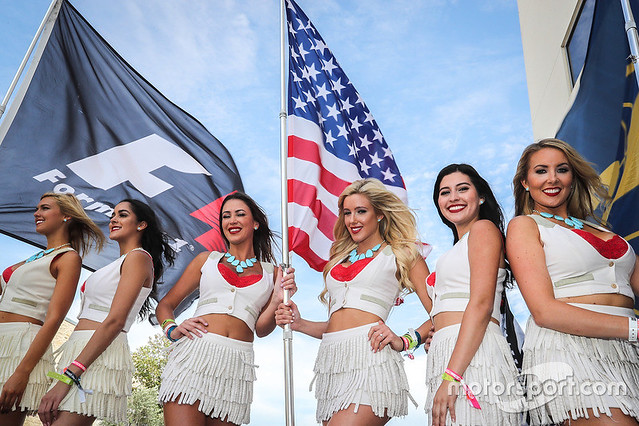 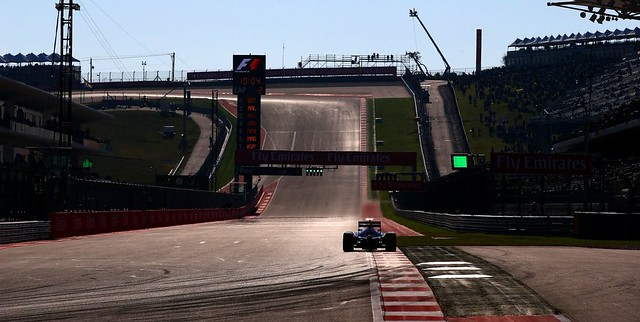 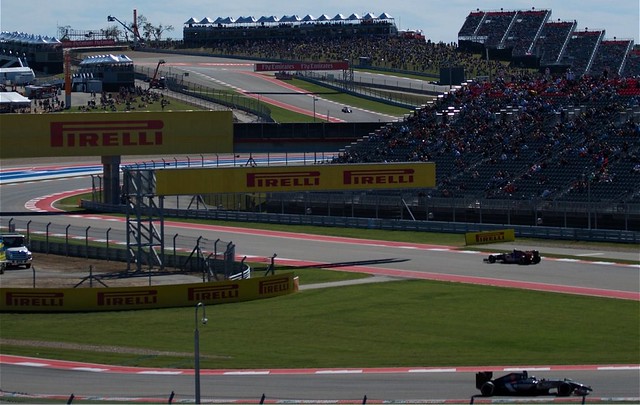 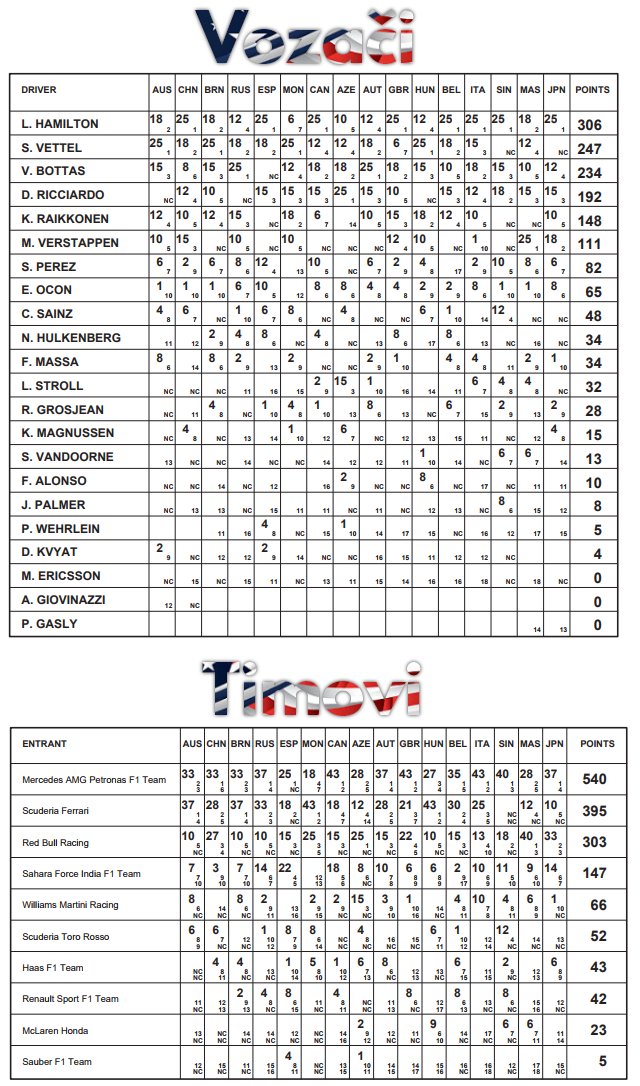 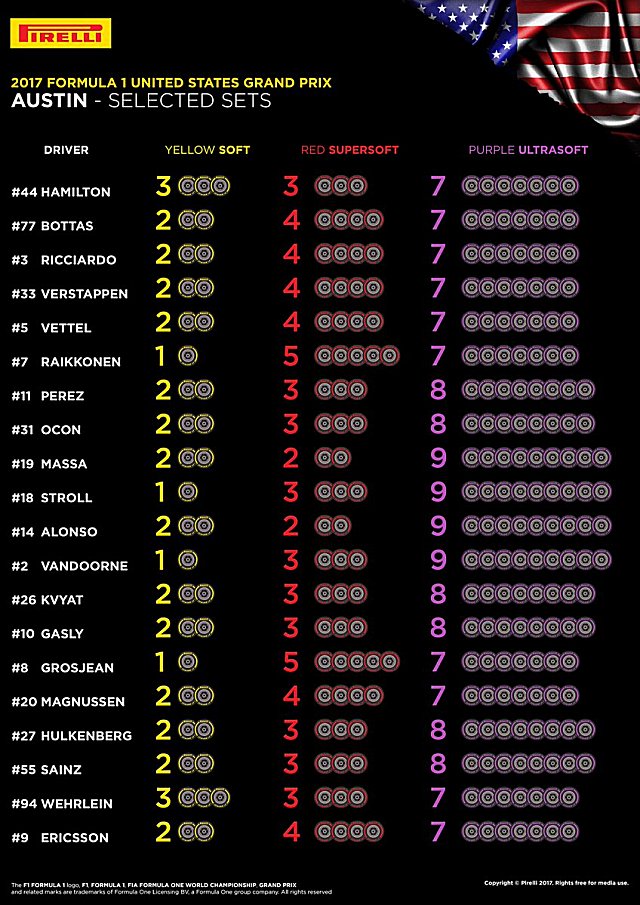 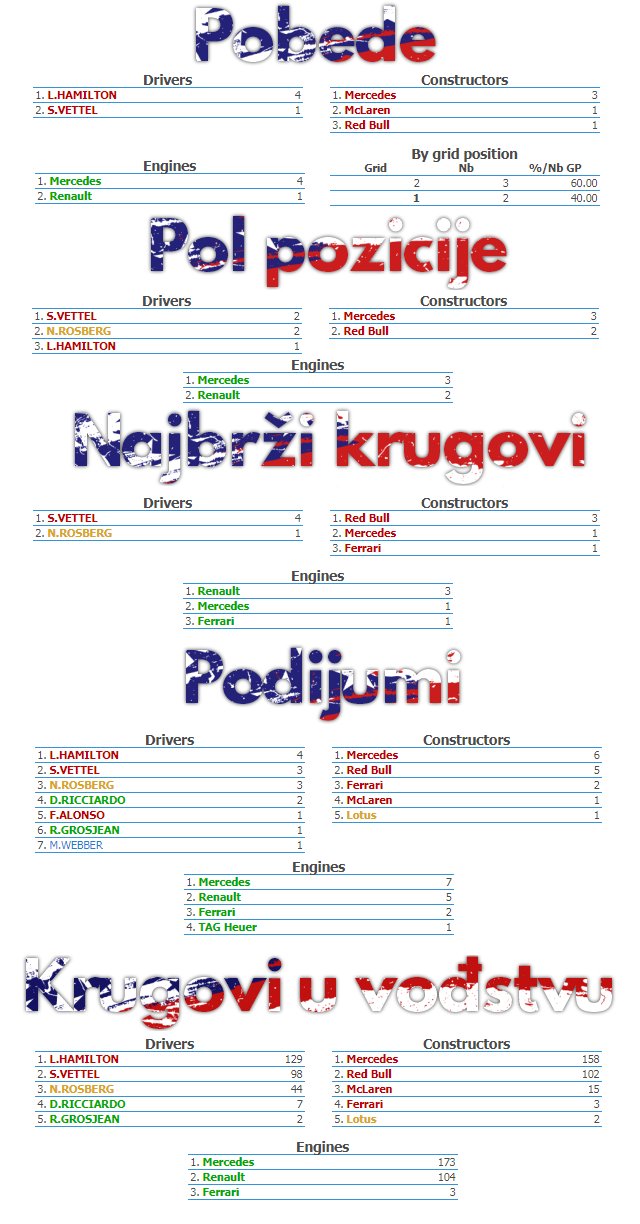 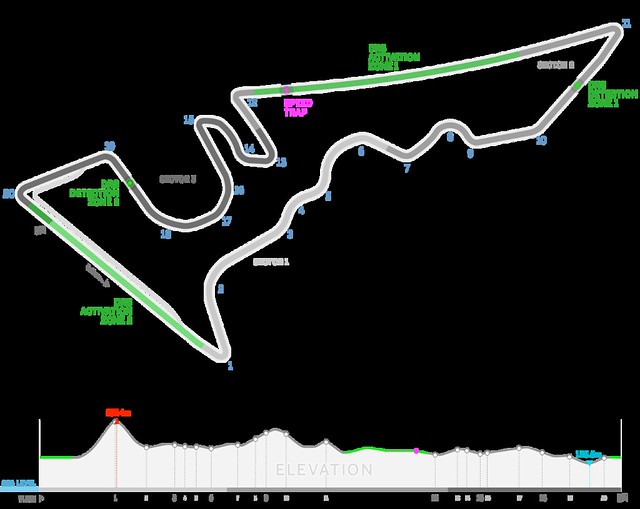 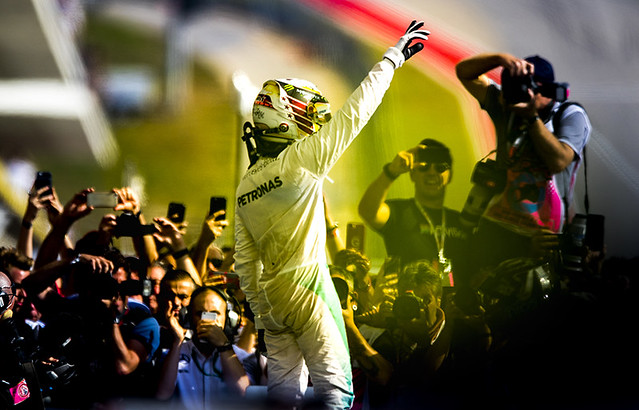 15 October 2017 – Brendon Hartley will become the ninth New Zealander to compete in Formula 1 when he links up with Toro Rosso at the Circuit of the Americas next weekend. GPUpdate.net reflects on the previous eight.

The most famous Kiwi of them all was the nation's first Formula 1 representative in 1958, and his name is still prominent to this day. McLaren claimed four wins during a 12-year career in which he founded his own eponymous team, which has gone on to become one of the sport's most successful operations, with a strong road car business to boot. McLaren, though, was tragically killed during testing at Goodwood in 1970.

New Zealand's second Formula 1 racer was nowhere near as successful as the famous McLaren, during a three-event spell with non-works Lotus machinery in 1962. Shelly qualified for his debut for the British Grand Prix at Aintree, but lasted only six laps before his engine failed. Further appearances at the Nürburgring and Monza resulted in DNQs, and he did not return to the sport.

Widely regarded as one of the unluckiest racers of all time, Amon took five poles and 11 podiums from 96 starts, racing for the likes of Cooper, BRM and Ferrari. Amon retired from leading positions on several occasions and came close to victory on others, in a career which yielded non-championship F1 wins and triumphs at prestigious events such as the Le Mans and Daytona 24 Hour races.

Hulme enjoyed a successful 10-year career, spending the entirety of his Formula 1 stint with either Brabham or McLaren. Hulme became New Zealand's first, and only, World Champion with Brabham in 1967, before switching to McLaren, where he raced for the next seven years. Hulme bowed out of Formula 1 at the end of 1974, having claimed eight wins and 33 podiums.

Ganley made his debut with BRM in 1971 and registered his best result of fourth in the season-ending US Grand Prix. Ganley matched the classification in Germany in 1972, but further results were few and far between. A season with Frank Williams' initial foray into Formula 1 led to a sole top-six finish, while outings in 1974 with March and Maki yielded little, as Ganley exited the sport.

If Hartley winds up making just one appearance, he will match the feat of McRae, whose only outing in Formula 1 came with Williams' nascent squad as team-mate to Ganley at Silverstone in 1973. In the race famous for the enormous pile-up on the opening lap, Ganley retired from the re-started affair on the first tour due to blocked throttle slides.

The mid-1970s proved to be the high watermark for New Zealanders in Formula 1 as engine builder Nicholson briefly joined the paddock, having commandeered a chassis from Lyncar. Nicholson entered the British Grand Prix in both 1974 and 1975, at Brands Hatch and Silverstone respectively, but qualified only for the latter, classifying 17th despite crashing amid a late rain storm.

Thackwell became Formula 1's youngest driver when he made his debut, aged 19, claiming a record which he held for almost three decades. However, he ultimately made just five entries, split across 1980 and 1984, qualifying for only two of them, and retiring from both. Thackwell's greatest success came in Formula 2, when he won the 1984 title, but a full-time Formula 1 seat was not forthcoming, and he turned his back on motorsport at the end of the decade, following a spell in sportscars. 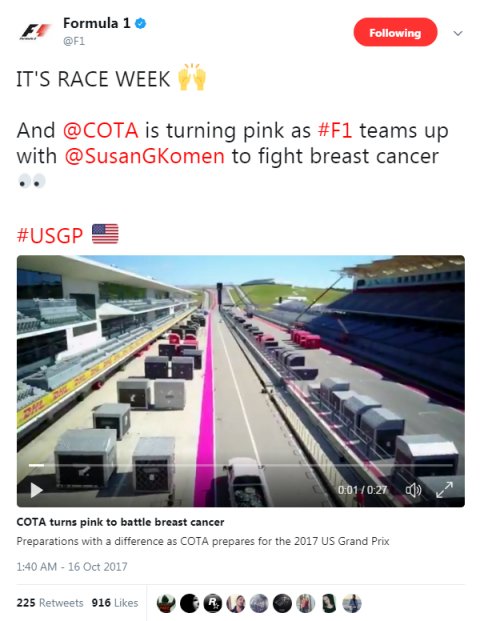 Pirelli's Ultra Softs to be pink for Austin

13:38 – Pirelli's Ultra Soft tyre will be coloured with pink sidewalls for this weekend's United States Grand Prix, as part of Formula 1's link-up with the Susan G. Komen foundation.

Austin's round coincides with Breast Cancer Awareness month and there will be a number of activities, both on- and off-track, to mark the partnership between Formula 1 and the charity.

Formula 1 intends to turn the weekend pink, and Pirelli has confirmed that the softest of its available compounds will be coloured pink, rather than purple.

"For America, we're once again taking a softer range of compounds that we have done for previous races there," said Pirelli's Head of Car Racing Mario Isola.

"The Ultra Soft will be available in Austin for the first time: but in pink as a one-off, to highlight the brilliant work of the Susan G. Komen foundation.

"This should bring lap times down, continuing the trend we have seen over the course of the season." 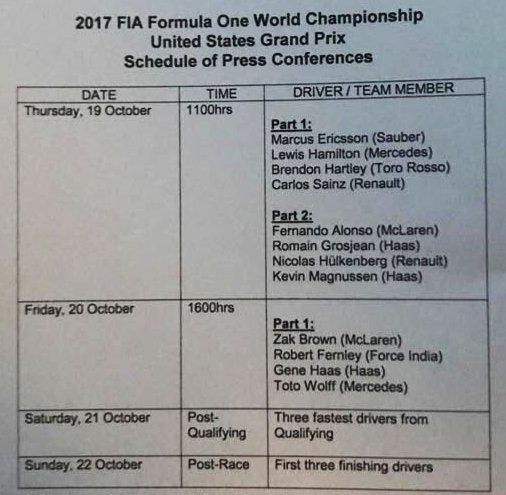 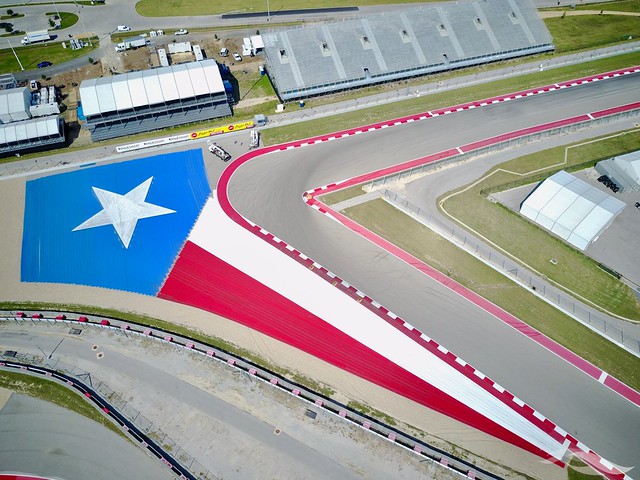 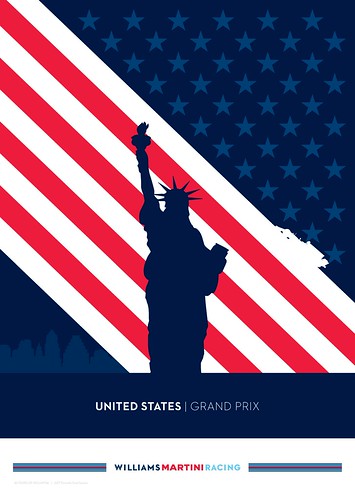 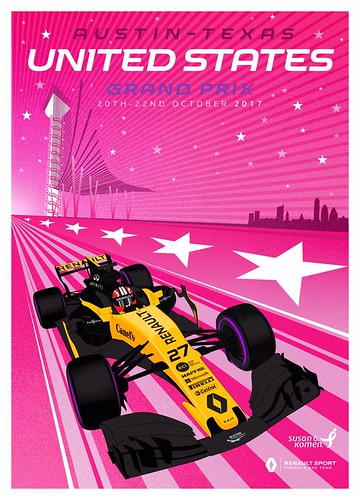 Hartley given 50-page drivers’ manual to prepare for debut

New Toro Rosso driver Brendon Hartley says he expects to get up to speed on his Formula One debut despite not having driven a single-seater for six years.

The 27-year-old told Newstalk ZB he’d had a chance to do an afternoon in Toro Rosso’s simulator since his World Endurance Championship outing at Fuji last weekend.

“I’ve just been handed the driver manual which is about 50 pages long,” Hartley added. “I’ve got to learn all the procedures of the car, the steering wheel.”
“I have four hours of testing before qualifying and I’d like to think that will be enough to get up to speed.”

Hartley expects the experience of racing a WEC LMP1 car will prepare him well for Formula One.

“The cars I’ve been driving are extremely quick. I guess it’s partly the reason why they’ve looked to put me in the car, and also the fact the cars are so technologically advanced, hybrid technology, all that stuff. That’s similar.”

“It is going to be a big step,” he added. “It’s been six or seven years since I sat in a single-seater. But I try to take a simple view of it: It’s a race car, it’s got four wheels, the physics behind what a driver has to do to go quickly around a racing circuit doesn’t change too much.”

Formula 1's managing director of commercial operations Sean Bratches has outlined how Liberty Media wants the start of the United Grand Prix to become more of a spectacle for fans.

Formula 1’s managing director of commercial operations Sean Bratches says he wants to make ‘the start of the race more of a spectacle’ which is the reason behind Liberty Media’s move to change the pre-race events to add excitement ahead of the United States Grand Prix.

With Liberty Media set to celebrate its first official home race since taking control of the sport at the start of 2017, the new owners have run a series of fan engagements and activities to increase interest and the show aspect.

For the United States Grand Prix at the Circuit of the Americas, the pre-race schedule has been redrawn with iconic boxing announcer Michael Buffer called in to present each driver, while the world’s fastest man Usain Bolt has been given the honour of being the official starter, in a series of changes to spice-up the start of the race.

In a F1 pre-race media release, Bratches says the changes are being tested at the United States race from detailed analysis into fans and is pleased to see the FIA grant permission to change the start procedure accordingly.

“We definitely want to do more, but for the moment I don't want to say what, where or when,” Bratches said. “Austin is a test and I want to take this opportunity to thank the FIA and the teams for embracing our ideas, giving us permission to modify the race start procedure. It's a sign that the whole Formula 1 family shares our desire to make our sport even more spectacular and attractive.

“The idea is to highlight the build-up to the start of the race in spectacular fashion, a moment that is brimming with tension and energy.

“We need to do a better job of elevating the Formula 1 drivers to fans around the globe and this is a means to that end. They are the heroes of this sport and will be presented as such, making them shine and stand out in the eyes of the fans watching, at the track or in front of a screen.

“We want all the drivers to be seen for who they are: 20 men preparing to give it their all, to do their very best behind the wheel of the fastest and most technologically advanced race cars there are, challenging each other and their own limits.” 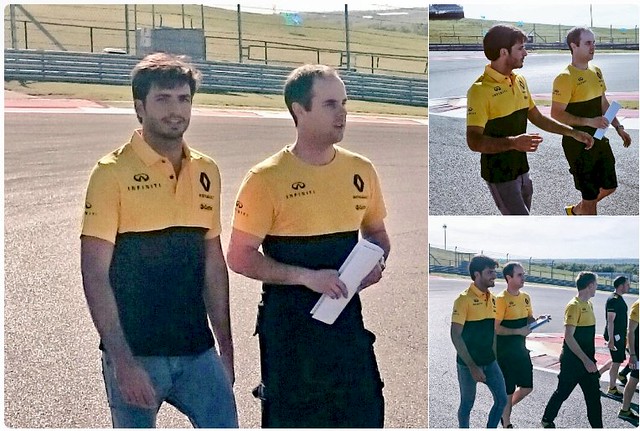 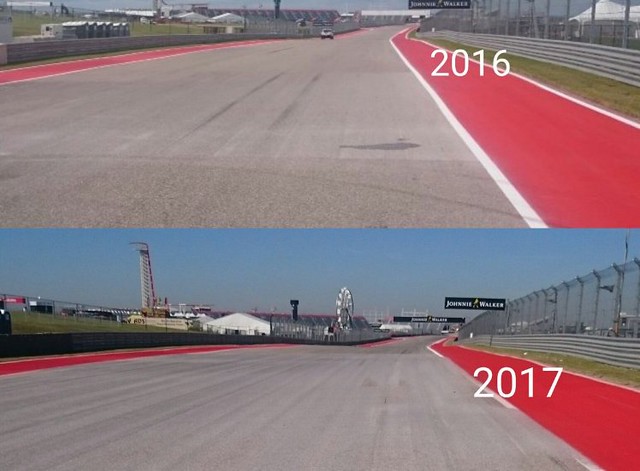 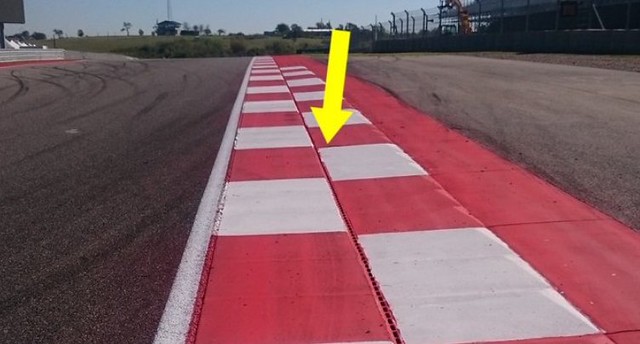 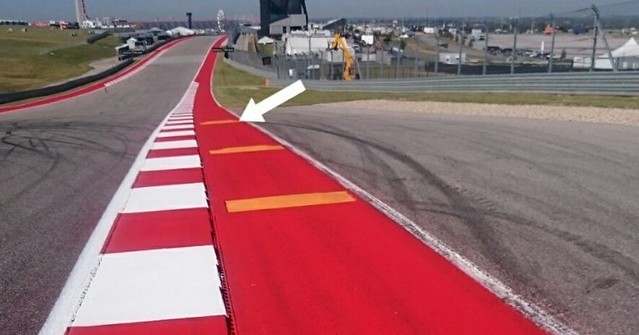 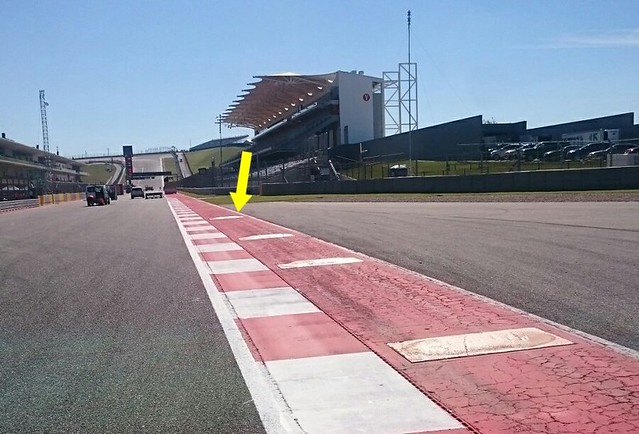 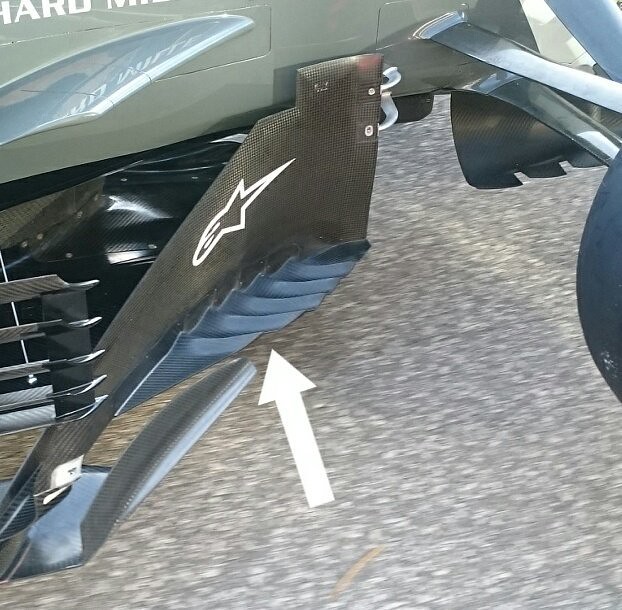 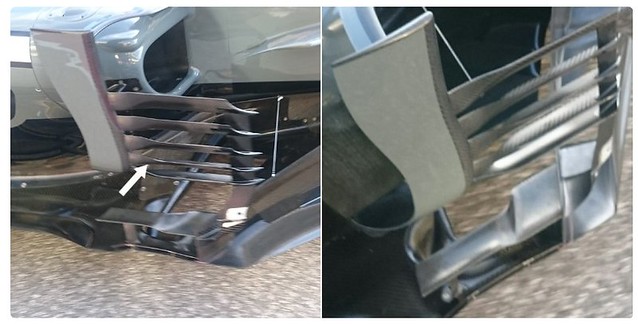 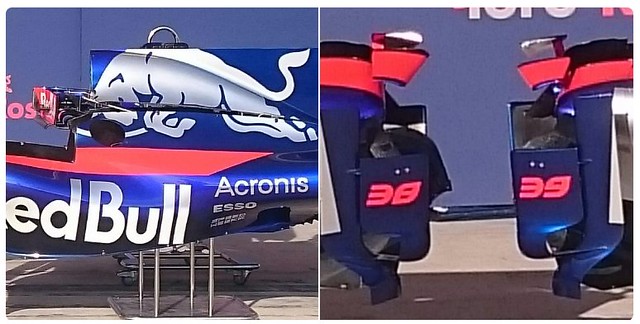 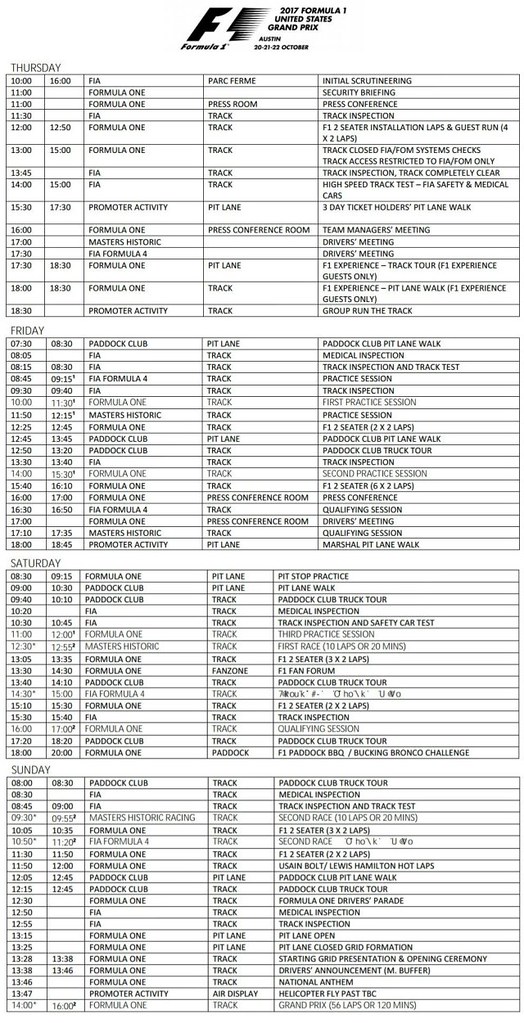