21 replies to this topic

>> ... They still stand very little chance of achieving their former glory, though, when their cars were bought, driven and appreciated by some of the most sonorous names in the age, like the father of the Prancing Horse, Enzo Ferrari, who owned several Pugs.
In 1966, old man Ferrari’s daily driver was a metallic grey (1960 – 1975) 404 saloon with beige leather interior, to which he had mounted a special Nardi steering wheel and front fog lights from a Lancia Flaminia. This car he drove himself, but a knee problem kept him from driving the Peugeot that replaced it in 1969, a 504 saloon, most of the time, and the car was left completely stock.
His last Pug was the sexy 504 coupe that he owned between 1970/1971 – 1973, after which time he started using cars from Fiat; he also owned and drove an original Mini Cooper (a gift from Alec Issigonis), preferring to use that in the winter when front-wheel drive made it a wiser choice.
All of this information came from his old driver, a Mr. Dino Tagliazucchi, who was keen to point out that while Ferrari did own one of his own cars, a truly stunning-looking 365 GT (V12-powered 2+2 fastback coupe), he only used it to promote the brand, and always used a Peugeot for his usual trips of 200 to 300 km (125 - 186 miles). ... <<
[attachment=121271:Ferrari-Enzo-Peugeot.jpg]
[attachment=121269:Peugeot-404-enzo-ferrari.jpg]
[attachment=121270:Peugeot-404-Break-Ferrar-model.jpg]
[attachment=121272:replica ferrari from peugeot coupe.jpg] 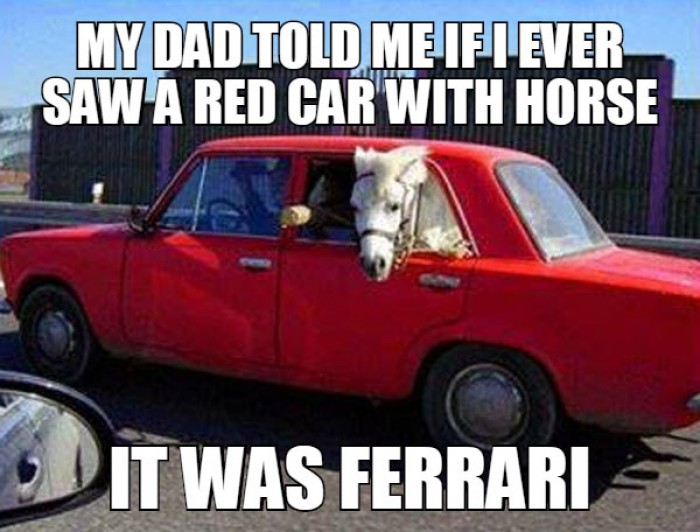 Back to Automobili i saobraćaj
Reply to quoted posts     Clear