Does the West want democracy in the Middle East?
By Owen Bennett-JonesBBC News 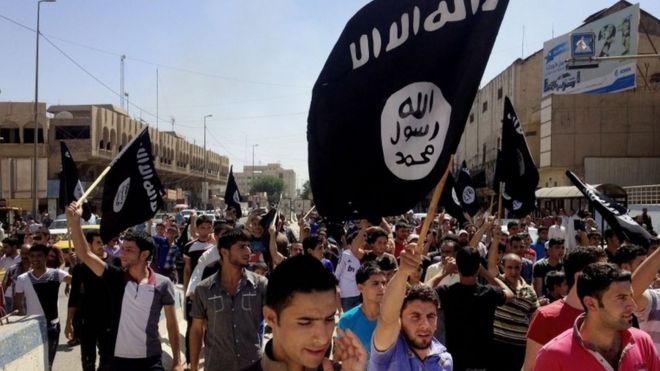 Image copyrightAPImage captionThe Islamic State militant group retains control of a swath of territory, including the Iraqi city of Mosul

The Paris attacks have once again revealed the West's bewilderment as to why it is under attack.

Today, European politicians, journalists and academics are still searching for an explanation as to why so many young Muslims are being radicalised.

Religion, economic deprivation and Western foreign policy are all put forward as possible drivers of jihadism. The one thing most people can agree on is that the West is unsure how to react to the so-called Islamic State (IS).

The confusion is reflected in the West's uncertain attitude towards democracy in the Arab world. A few weeks before he ordered the invasion of Iraq in 2003, President George W Bush said that once Saddam Hussein had been toppled, Iraq would become "a beacon of democracy across the Middle East".

The neo-cons believed that the benefits of democracy were so self-evident that, given a chance, Iraqis would be bound to grasp them. It had worked in post-Soviet Eastern Europe, so why shouldn't it work in the Middle East too?

But far from embracing Western liberalism, Iraq descended into a civil war. And many in the West took away the lesson that you could not force a country to become a democracy.

And if Iraq convinced some in the West that it was not possible to impose democracy, the Arab Spring revived the issue of whether the West actually wants democracy in the Middle East. Or is it, in fact, frightened of what democracy might bring?

For decades jihadists - like many Western liberals - have argued that the West's endless rhetoric about democracy is hollow. After all, they ask, don't the human rights-abusing Saudi royals get Western backing?

And how come Egypt's former President Hosni Mubarak was bankrolled by US aid? 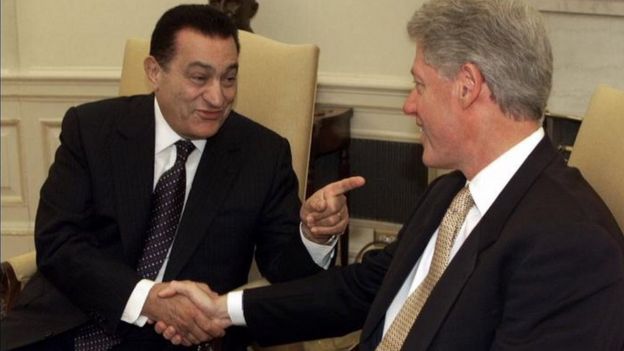 And they cite 1992 in Algeria as perhaps the clearest case of Western double standards. When the Islamic Salvation Front was on track to win parliamentary elections, there were almost audible sighs of relief in Western capitals when the army intervened, banned the party and detained many of its members.

The fear of radical Islamists winning power is felt perhaps most acutely in Israel. It may be the Middle East's most developed democracy, but what would happen if the hostility of many Arabs to Israel found democratic expression?

If Middle Eastern governments did what their people wanted, Israel would have a problem.

The issue was most sharply exposed when Hamas won the election in the Palestinian territories in 2006. Israeli and Western officials all refused to meet their newly elected representatives on the grounds that they wanted the destruction of Israel.

Within a few months, many of Hamas's elected representatives were in Israeli prisons.

What happened in, and since, the Arab uprisings? 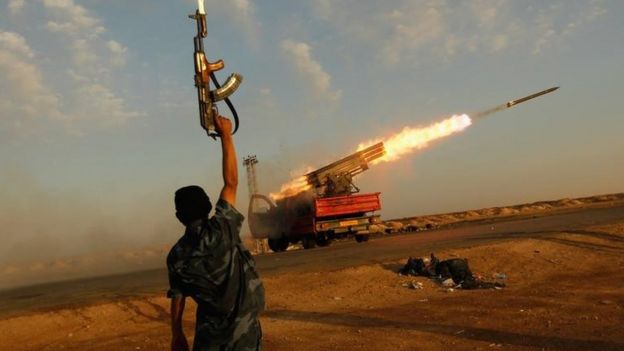 Bahrain: Protests broke out in 2011, with demonstrators demanding more democracy and an end to discrimination against the majority Shia community by the Sunni-led state. King Hamad crushed dissent, with help from troops of neighbouring states. He later accepted recommendations of a commission of inquiry, but critics say this was not acted on and abuses continued.

Egypt: Mass protests forced President Mubarak to resign in February 2011, after three decades in power. The Muslim Brotherhood won parliamentary and presidential elections, but President Mohammed Morsi quickly generated huge public anger by granting himself far-reaching powers and pushing through an Islamist-flavoured constitution. After millions of anti-Morsi protesters took to the streets, the army ousted him. The subsequent election was won by former army chief Abdul Fattah al-Sisi, riding a wave of popularity. His government has since declared the Brotherhood a terrorist organisation, imprisoning many of its leaders as well as secular and liberal critics.

Libya: Anti-government demonstrations in February 2011 evolved into an armed revolt against the four-decade-long rule of Col Muammar Gaddafi. Western powers intervened to support rebels after the UN Security Council authorised "all necessary measures" to protect civilians. Col Gaddafi fled Tripoli and was captured and killed by rebels in August 2011. A subsequent battle for power and resources led to repeated clashes among rival militias, the expulsion of the internationally recognised government from the capital and the division of Libya into rival fiefdoms.

Syria: Streets protests in 2011 against the rule of Bashar al-Assad briefly seemed likely to topple the president. But as a peaceful uprising mutated into armed opposition and then an increasingly sectarian conflict, foreign powers were drawn in, seeking either to defend or destroy the Assad government. The militant group IS, formed in Iraq, took advantage of the instability to carve out territory for itself in northern and eastern Syria. Thousands have died in the conflict, and millions have fled Syria as refugees.

Tunisia: Birthplace of the Arab Spring, in December 2010, when young, unemployed Mohamed Bouazizi set fire to himself after officials stopped him selling vegetables, sparking mass protests. The resignation and flight of President Zine al-Abidine Ben Ali has been followed by the first democratic parliamentary and presidential elections in Tunisian history. Political assassinations and fatal attacks on tourists have followed, but Tunisia is often held up as the Arab country that has emerged best from the ousting of a long-time leader.

Yemen: President Ali Abdullah Saleh was the fourth Arab leader to be forced from power. But his departure from office did not lead to the end of his influence, and he remained in Yemen, forming an alliance of convenience with former enemies, the Houthi rebels, against Saudi Arabian forces and others. His successor as president, Abdrabbuh Mansour Hadi, has been unable to impose his authority on the country, which remains divided among competing armed factions, including the local branch of al-Qaeda.

The Muslim Brotherhood's successive election victories in post-Mubarak Egypt once again exposed the West's dilemma. Let's not forget that both IS and al-Qaeda reject the Brotherhood's position that Islamists should seek power through the ballot box.

But fearing a Brotherhood challenge to their own authority, the autocrats in Saudi Arabia and the Gulf persuaded the West that they could not take the risk of an Egypt governed by President Morsi.

The Egyptian army, together with street protesters who wanted to overturn the election result, looked like the safer bet.

It was a policy born of perhaps understandable caution. How could Western leaders trust the Brotherhood's assurances that its first election victory would not be followed by an attempt to grasp power more permanently as a prelude to constructing its stated goal - an Islamic State?

But by failing to back the Brotherhood government, the West handed radical Islamists a victory. "There is no point voting for the Brotherhood," they could now argue, "because they will be kept out of power even if they win. You might as well fight with us instead."

In fact, political developments in Tunisia suggest that democracy can be trusted to work. The Muslim Brotherhood equivalent there - Ennahda - won the post-Arab Spring election and then proved willing to compromise. 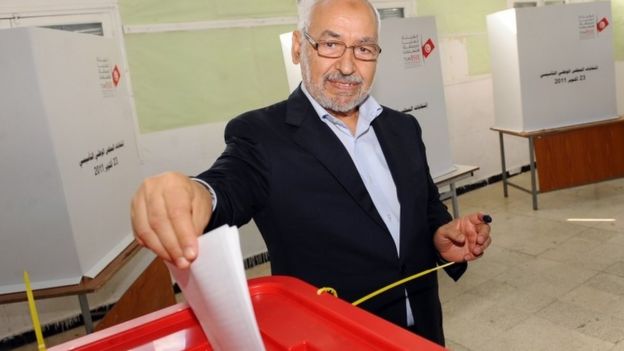 In a move no secular party in Tunisia would be likely to emulate, Ennahdavoluntarily stepped down from power in the interests of securing broad agreement on a new constitution.

But Tunisia was always a sideshow. Egypt matters more. And with the liberals' and Brotherhoods' leaders thrown into President Sisi's prisons, the field was left clear for the jihadists to offer the only clear argument about how to resist Cairo's oppressive government.

These issues affect the region as a whole. The contradictions are now most pressing in Syria. Western governments are still calling for the downfall of President Assad but hesitate to do much to bring it about for fear of what his departure might bring.

What would a post-Assad Syria look like? What would Syrian elections bring? Might Sunni Islamists come to power? How would that suit the West? And Israel?

That the West has been unable to transform the yearning for democracy, freedom and security in the Middle East into defeats for IS and al-Qaeda is in part a result of the contradiction inherent in arguing for democracy but fearing its results.

To i ja kazem!