Nobody likes to lose, but entering the court was a victory for me today. After two surgeries in one year, it's never easy to come back to a top-level tournament and to have opportunities to take both sets. It was great interacting with the fans again and feeling as a local. I enjoyed the competition.
I'll recover the level of my backhand with the same effort I recovered my forehand. There is no magic formula.

Thanks for being there!!

del Potro pulls up in the middle of a point and does this. Moving very gingerly. #MiamiOpen 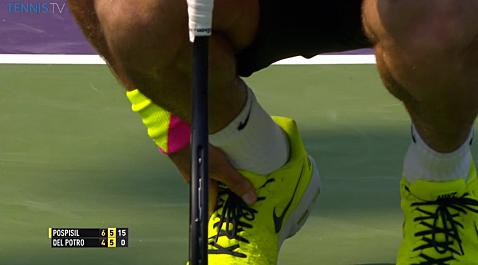 There was one point in the match when he bent over, grimacing in pain. Not the poor wrist again, was it?
"No, I twisted my ankle," he said with a smile.

I don't have any physical problem after the match, and I will be recovering soon for the future.

"I got [depressed] for a while in the past," del Potro said. "I have been talking with [Janko] Tipsarevic as well in the locker room. He knows a lot about the injuries, about comebacks. But in the end, I want to play tennis."

Del Potro, who played Miami in his first tournament since having another wrist procedure, had said he would like his next event to be either Monte Carlo or the following week. The Argentine appears to have chosen to take a few extra days, having said that his wrist is still not completely pain-free when he plays.

After practice it was time for a group photo with the school kids. Thanks for your good vibes! 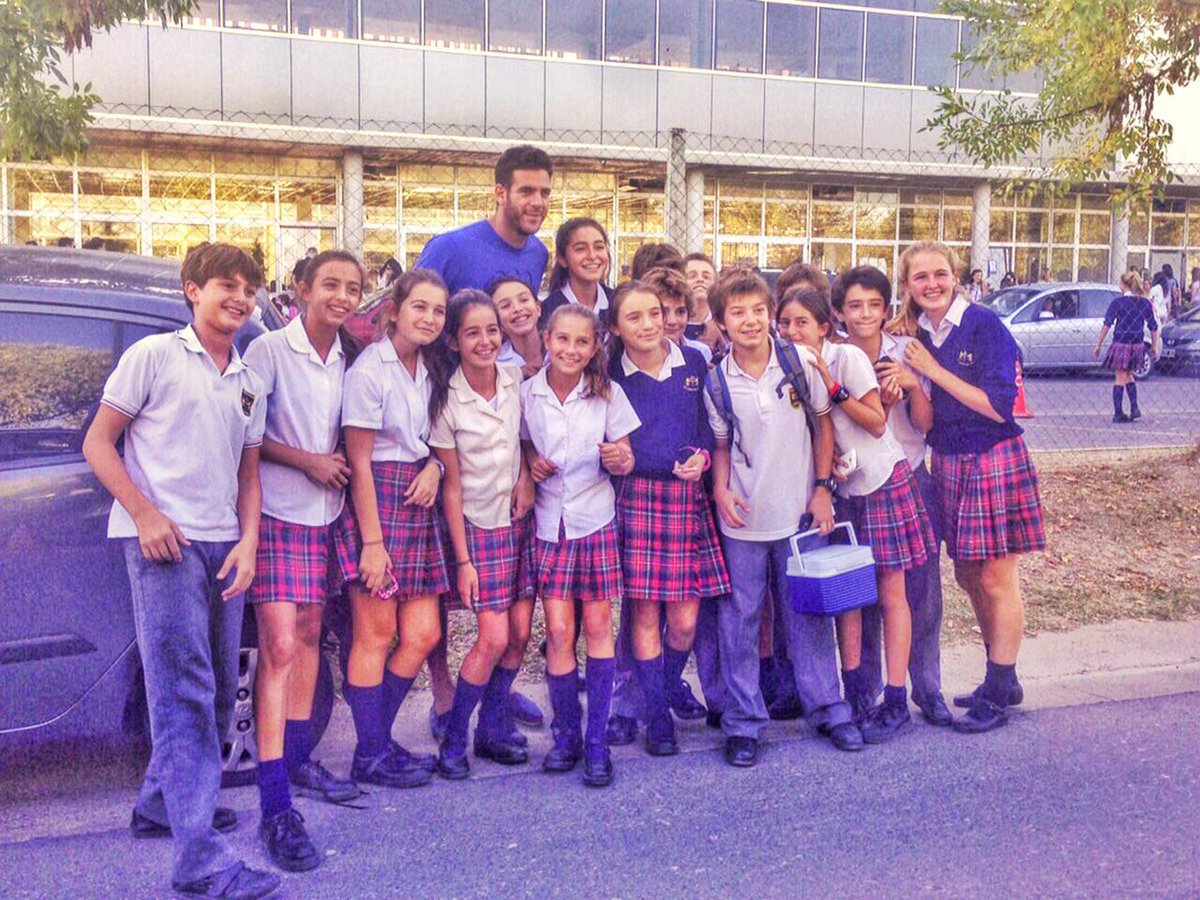 Juan Martin del Potro will consult with more doctors as he looks to get his left wrist back to playable shape, according to Argentine media.
The newspaper La Nacion reports that while del Potro is keeping his connection with Dr. Richard Berger at the Mayo Clinic in Rochester, Minn., he will also seek medical advice in Spain over the next few weeks. Another American doctor also evaluated the wrist and suggested more surgery, but del Potro was said to be reluctant, having already had two procedures on the injury.
It appears that del Potro will not play the French Open. The Argentine has not competed since losing in the first round of Miami, his first tournament since the second procedure. The former U.S. Open champion had initially returned in Sydney, but had to stop playing following more wrist pain.
For now, del Potro is said to not be hitting or training competitively, only using the gym at his apartment building with his team not present. The 26-year-old was also photographed playing soccer with a local club by a regional newspaper.

David Ferrer has flown under the radar in Paris. Hey, that’s nothing new.
But his peers have the greatest of respect for the Spaniard; he’s well liked. And you can see why when the Spanish No. 2 spared a thought for the still absent Juan Martin del Potro (after thumping Lukas Lacko). “I would like to pay tribute to Juan Martin del Potro,” Ferrer said. “He’s mentally tough. He’s been off the court for the past two years and that’s really hard for the spectators. It’s even tougher for him because he’s a great sportsman. He’s a great athlete.
“He’s a player we desperately need, so I would like to encourage him.”