I love the goatee. I think it makes him look like a sinister wizard of terrible and frightening and sexy power. 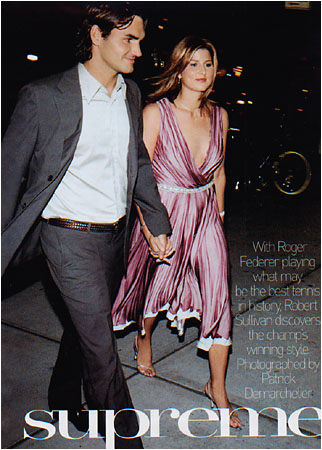 Two lovebirds : Love Is As Sweet As Wine

Three years of Shanghai Masters Cup, 3 different Nadal in 3 years. 3 years ago, Nadal had an air of innocence, spoke Rafalish whom no one understands, what he said the most is – I do not have a girlfriend. 3 years later after engaging a English tutor, Nadal finally made a clear confession, “No secrets. Of course, I have a girlfriend.”

Actually in reality to all Rafa fans, regardless whether they admit it or not, they have already accepted that girl called Xisca is Nadal’s girlfriend.

From young, Xisca is Nadal’s neighbour. However sparks flew between them after Nadal’s younger sister became cupid. In a short while, Xisca captured all the hearts of the Nadal family and she is especially adored by Nadal’s grandmother. Both Nadal and Xisca paid a visit to Nadal’s grandmother after their pictures appeared in Spanish tabloids.

However, compared to the rest of the tennis WAGs, Xisca rarely appeared at tournaments. Accordingly, when news of their relationship broke out around Wimbledon 2006, Nadal played badly in his 2nd round match against American Kendrick and only managed to scrape through in 5 sets. This infuriated Nadal’s coach whom believes that Xisca was a distraction for Nadal and immediately ordered her to return to Spain. This incident angered Xisca whom has strong pride and since then, she seldom appear at tournaments when Nadal’s playing.

“Regarding this, I have nothing to say.” Whether it’s the truth or just plain rumor, Nadal apparently does not wish to make any further comment. When asked, he just avoided answering. Nevertheless, he has been busy messaging on his handphone, making phone calls in Shanghai and he inadvertently revealed the happiness of being in love. “I think I am very happy, at least I do not need to drink to have this feeling.” Nadal said his life right now is as sweet as wine and this include love.

Would you like a backstage pass to hear what happens when John McEnroe, Pat Cash, Goran Ivanisevic, Henri Leconte and the rest get together on the BlackRock Tour of Champions?

What would Roger Federer ask Bjorn Borg and John McEnroe if they appeared on the same radio show? More to the point, what would they ask him? Now is your chance to find out.
Roger is making a special guest appearance on Episode 8 of the BlackRock Tennis Champions Podcast, which is available to download for free from iTunes and the BlackRock Tour of Champions website from Tuesday November 20.